The passage of time, the transit of vehicles, and inclement weather are behind most of the ‘war wounds’ sustained by roads. Each year millions of euros are spent fixing the potholes and damage to their surfaces.

In an attempt to preserve roads, in recent years authorities have invested in new materials that better resist the passage of time and traffic.  Some research indicates that graphene may be one of the best of such materials, owing to its durability and resistance. One of these studies shows that its use on highway asphalt could even double the average life of a road.

But what if the road had the capacity to fix itself? And that’s why –though it may sound like science fiction– such research has been carried out for years on different projects. 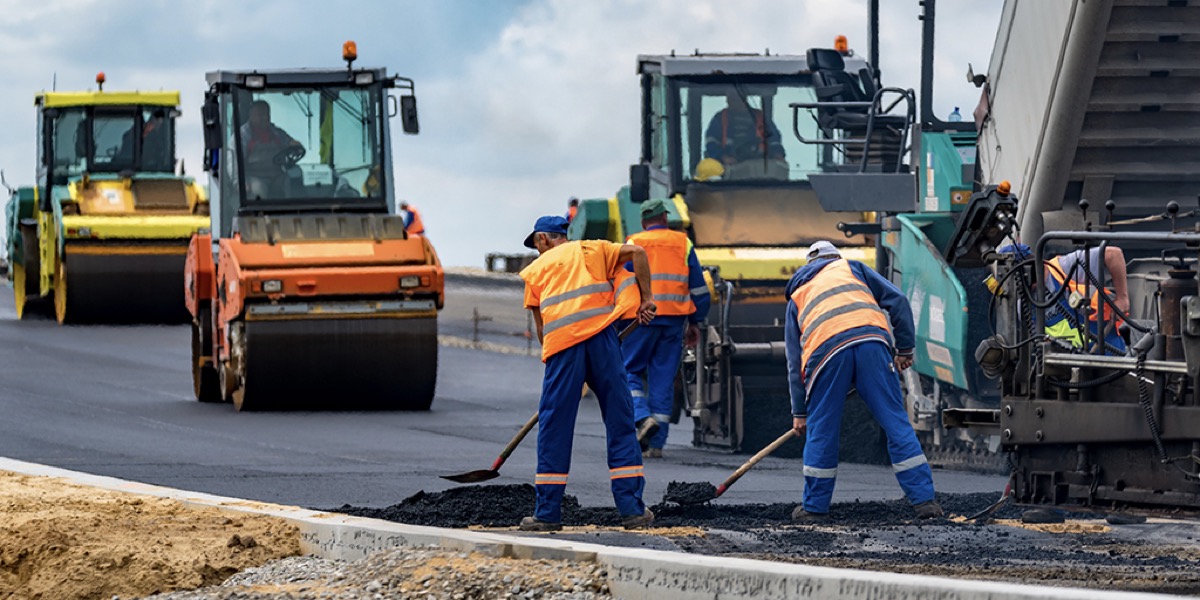 One of them is led by José Miguel Martín, a professor of inorganic chemistry at the University of Alicante. He and his team have come up with Smartpol, a polyurethane with the capacity to repair itself. “In this polymer, the chains (intermolecular forces) are weak in terms of energy, and thus can be formed or destroyed without applying excessive mechanical forces to unite it or separate it,” Martín explains.

It’s a self-repairing capacity similar to the one that some animals have, as he goes on to explain: “The Smartpol polyurethane contains urethane groups (–O-CO-NH-) which are chemically similar to those that exist in amino acids (–O-CO-R-NH2). The unions between the urethane or amino acid groups are produced by links of hydrogen between the CO group of one of them and the NH group of the other. Thus the similar capacity for self-regeneration of the  Smartpol material and that produced in animals. Because little energy is needed to break the hydrogen links, little energy is also needed to form them again, which means a low net expenditure of energy. And this is the principle that governs all biochemical processes in living beings.”

Although Smartpol is not the only material that possesses these self-repairing characteristics, José Miguel Martín explains that the number of intermolecular forces –”and there are millions of them”– makes it easier for the regeneration of this material to be feasible in a short period of time. Something that, until now, had not been achieved by similar inventions.

“This characteristic is unique among the developments proposed in the scientific literature, among those that generate chemical links/unions that are irreversible and change the composition of the regenerated area,” he explains. 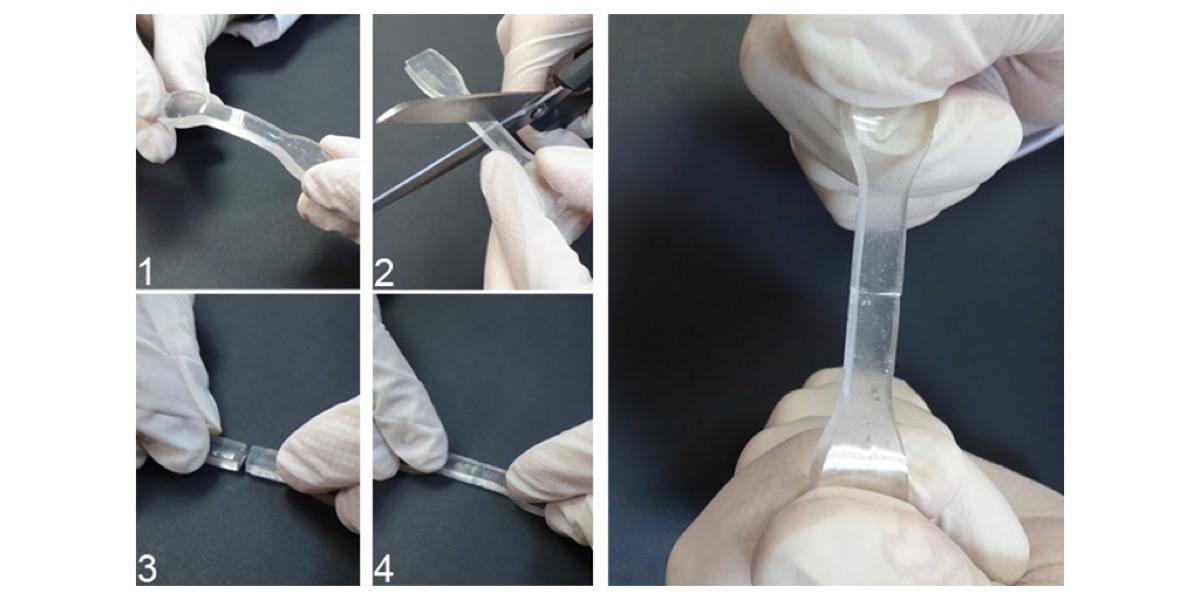 Although Smartpol is not a material specifically intended to be used in the construction and maintenance of roads, José Miguel Martín is certain that this could be one of the uses of Smartpol: “It could be used to fill cracks in the asphalt, because it can be applied in its liquid state and then solidify in situ. And it’s easy to apply or remove.”

In addition, the scientist believes that Smartpol would maintain its capacity to repair itself no matter what material was used on a road, “although, obviously, this will depend on the amount that has been applied.”

But the professor warns that it would be necessary to determine the durability and behavior of Smartpol material based on the usual weather conditions that the asphalt is subjected to, and top also know its resistance to abrasion.

Martín also considers Smartpol an “acceptable alternative” in the construction of highways, although this has to do with economic competition: “I don’t think it could compete in cost with already-developed systems based on microspegers, which by means of chemical mechanisms generate self-repairs in asphalt that has been broken through mechanical or thermic damage.”

One of the advantages of Smartpol is its resistance to extreme temperatures: “Cold isn’t a problem for Smartpol material as long as they don’t exceed -30 ºC, because this is the glass transition temperature of the material.”

However, temperature is an important factor to take into account with regard to the time required for self-regeneration: “If the Smartpol were to break up in a crack in the road because of the surrounding temperature, it would self-regenerate to at least 50% in 20 seconds, and would need around 24 hours to recover 100% of its properties.” 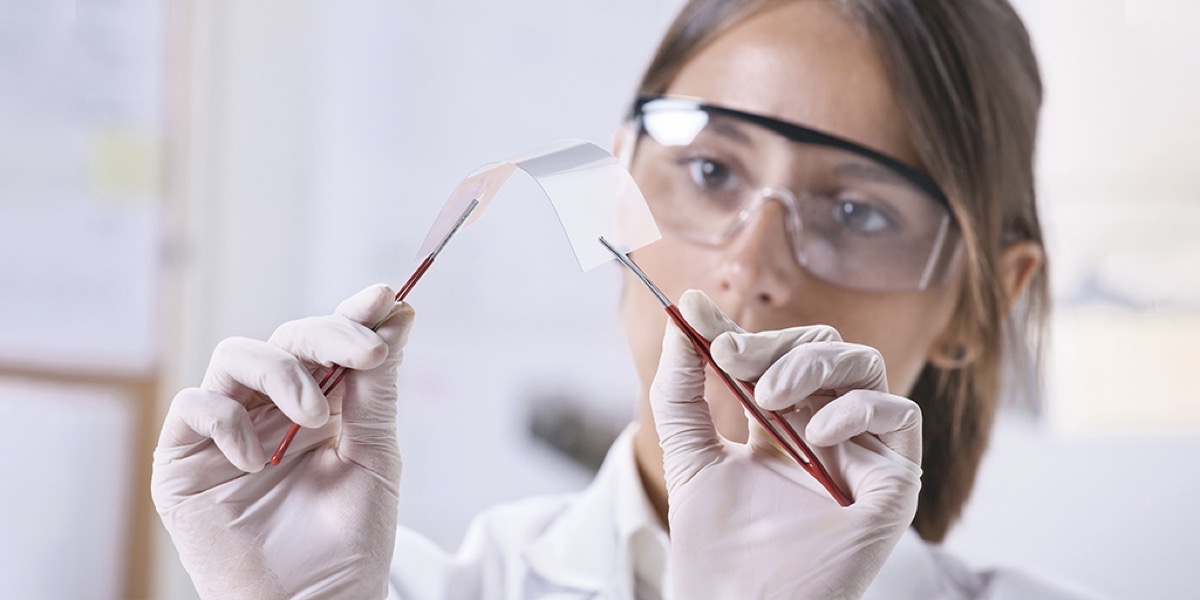 An invention that sprung from serendipity

Like many other inventions over the course of history, Smartpol came about by chance. In 2016, while Martín and his team were developing a research project about polyurethanes for application in the petrochemical industry at the Adhesion and Adhesives Laboratory of the University of Alicante: “We observed that the pieces that were broken after those experiments were back together the next day. We knew of earlier work on self-repairing polymers, and we realized that we had developed a new one, with different characteristics than what was known until then.”

After the discovery became known, Smartpol attracted great interest, and several companies contacted the Adhesion and Adhesives Laboratory, although no project jelled. “There was a spin-off at the Scientific Park of the University of Alicante, but it was premature because it lacked a specific product for a concrete application, and so in the end it was closed down.”

At present, the Smartpol project is on hold for a lack of funds to develop it, although it may soon start up again: “Right now there are negotiations with a Chinese investment group to redesign it and adapt it to specific biomedical applications,” says Martín.