After the brand and the model, the third big decision we have to make when buying a car or motorcycle is the color of the body. For different people it’s a question of selecting an original tone, or considering whether the choice will increase the price, or maybe it’s based on safety considerations, because there are colors that are more visible on the road and thus less liable to be involved in accidents. Each brand has its own range of characteristic colors. But on occasion, and for special events, some of these brands break with tradition and create a special, unique model.

That’s what Citröen did ast September with its Ami-100% Electric model, in an operation that it called Ami ❤️ París . Citröen incorporated its new electric model to the Parisian Free2Move fleet, a car-sharing firm that operates in the French capital and in other European cities. And to commemorate this, it launched this special campaign in which it decorated 20 of its vehicles with the colors representing 20 of the most iconic neighborhoods in Paris, such as Montmartre, Pigalle, Belleville, Saint-Germain des Prés and the Marais.

The design of the cars was determined by the special characteristics of these areas and on anecdotes related by their residents. From the neon of Pigalle, to the wicker chairs of Saint Germain des Prés or the bustling nightlife of Bastille. 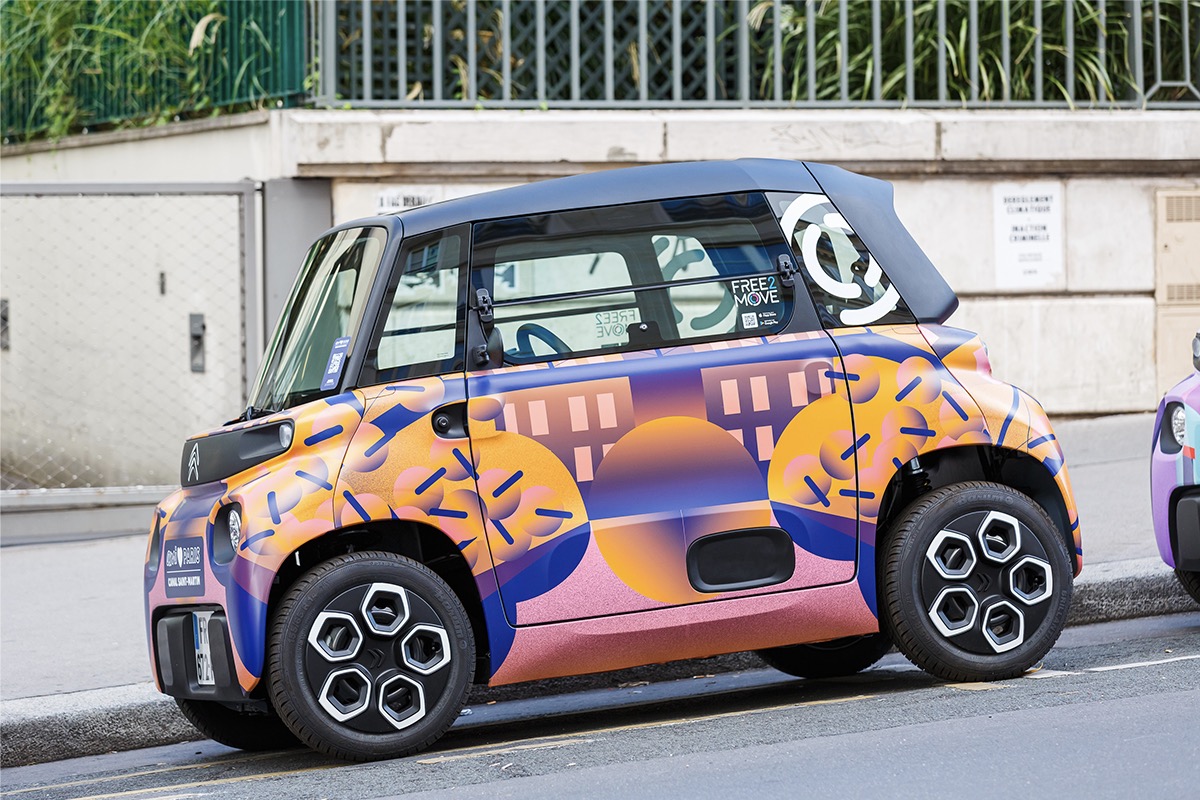 Motorcycle manufacturers sometimes create special models for some campaigns. Peugeot was one of the sponsors of Moments 2020, the seventh edition of the international gathering of independent culture and visual arts in Málaga, and to stress its presence in the festival it commissioned the urban artist Murone to create a personalized design for a Peugeot Django, the neo-retro scooter inspired by the France of the 1950s, and which was later raffled off among those attending the event. 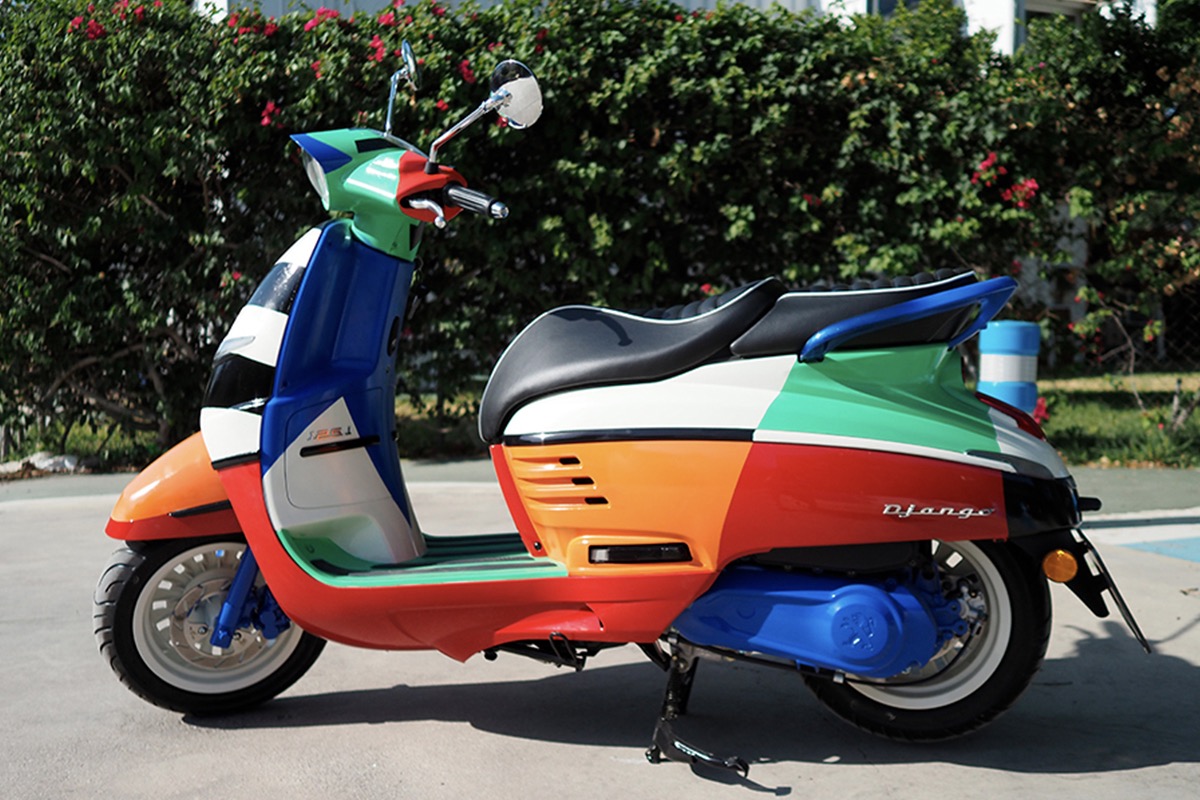 Other times, it is the artists themselves who put aside their traditional canvases in favor of decorating the body of a car. That’s the case of the American artist Peggy Nolan, a fashion designer, decorator and, currently, tuner of cars for her friend and neighbors when their vehicles need to go to the workshop but they can’t afford it. Her style is a mix of Pop Art and humor, with extravagant Japanese touches, brands and logos, and some brilliant colors. One of her great passions is cars. But not new, luxury models. She prefers the ones that could go on the scrap heap but that can still run for a few more years.

She thought tuning was an amusing way to develop her creativity and jumped right in. She studied up, engaged in several tutorials on YouTube about how to upholster a car in vinyl, and then responded to calls for help from her friend Tashee Condolee, a singer and comedian, to spruce up her old car and, in passing, cover up some bumps on the body.

Peggy’s Cartoon-Up! is the name the designer has given to her project. In most of the cases, she used cheap but highly effective materials like vinyl, but also paints and the fabric from stuffed toys. The result, naturally, doesn’t leave anyone indifferent.