A few months ago, internet echoed with the design of a bicycle that was surrounded by the Tesla logo. And this came in the middle of growing demand for electric bicycles. Was Elon Musk preparing a new revolution in mobility?  After highways and space, would the cities be next?

Although it might seem to be, the Model B in fact is not a Tesla concept. It was dreamed up by the American designer Kendall Toerner. And while the published material is surrounded by the logo of the Elon Musk company, the fact is that Tesla hasn’t said a word about these electric bikes. For the moment.

There’s no doubt that one of the effects of Covid-19 has been more mobility (and sales) of electric bicycles. And given the history of this firm from Palo Alto with electric vehicles, and its aim of reaching common folk, it wouldn’t be surprising that it might decide to take that step in the future.

It would be hard to really describe the Toerner creation as a bike. There are no pedals and everything is electric. So while it’s a great option for getting around the city, it’s not going to be much help for people who see bikes as a way to keep fit. 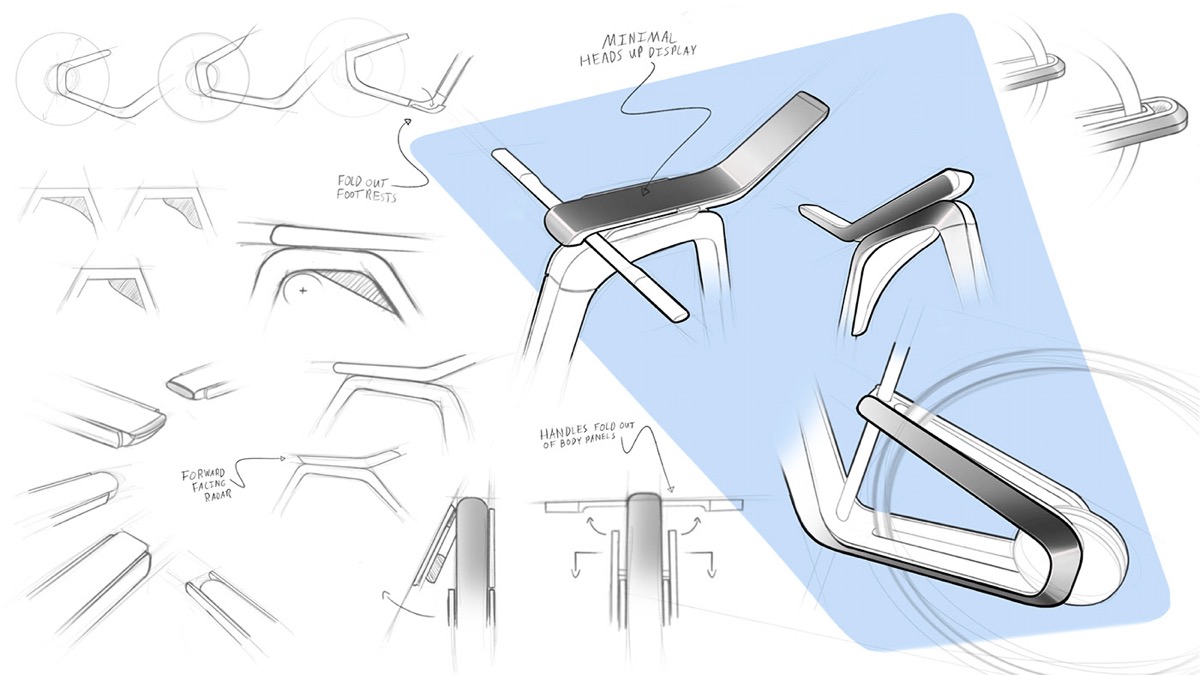 Another strong point of the design is that this device is self-driving. While European legislation still doesn’t permit totally autonomous driving on the continent, there’s no question that this is one of the Teslas specialties.

After developing such a system for its cars, the US company could well decide to apply the technology to bikes. Through a mix of ultrasonic sensors, cameras and radars, Toerner’s bikes offer greater safety, and are capable of detecting obstacles on the road in a completely autonomous way.

In addition, this autonomy could be especially useful to keep the driver out of danger because of some kind of human failure. The Model B technology allows it to act in case of imminent danger and save the owner without him or her having to intervene.

Beside having a look that might have leaped out of the film Star Wars, the Toerner design introduces something different from traditional bicycles: the turning system does not depend on rotating the handlebar. Instead, the handlebar detects the force applied on one of the sides, and the front wheel turns in the desired direction.

Each one of the wheels is propelled by its own motor, which means we will always have at least some power.

In the center of the handlebar, a screen keeps us informed of the bicycle’s statistics. It also allows us to use a navigator to set our route. Whether we want to steer the bike or we prefer that it do the driving.