The scene, unfortunately, is increasingly common: pedestrians who cross the street absorbed in their cellphones and not looking to see if the light is red or green. If there’s an accident, the results tend to be tragic. According to Spain’s General Directorate of Traffic, of the 386 pedestrian who died in traffic accidents in 2018, some 70% perished in urban areas, in many cases because they were using a cellphone and weren’t paying attention to traffic.

AiCross, Artificial Intelligence Cross, is an example on how to make a pedestrian crossing smart, and how to use technology to reduce this kind of accidents. It is a vibrating platform that, among other things, can be installed in pedestrian walkways with or without traffic lights, and that is activated when three factors come together: there is a red traffic light for pedestrians, a vehicle is approaching, and a pedestrian is trying to cross. 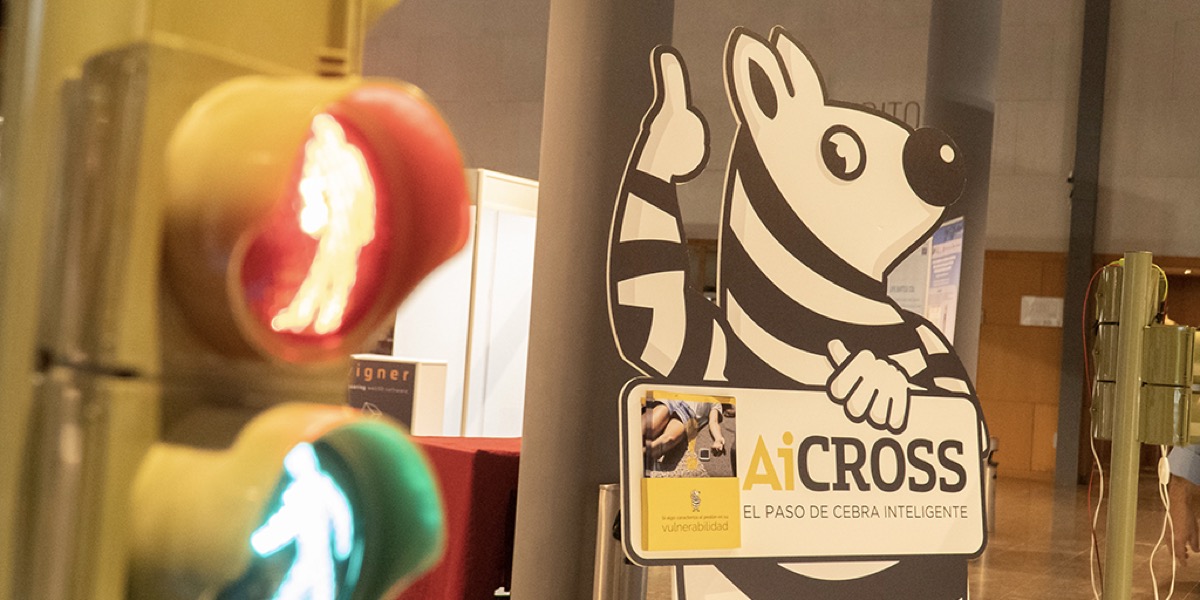 When the pedestrian steps on the platform, it vibrates, alerting him of possible danger. AiCross says the device is made with the latest materials used in the aeronautics industry, and that it can light up and even emit noise for blind people.

It’s clear that moving around cities has changed greatly. Besides traditional moving vehicles, there are now scooters and electric bicycles and other alternative means of transport that that complicate things. According to the report New systems of personal mobility in cities and their related problems of road safety, carried out by the Fundación MAPFRE in collaboration with the Asociación Española de la Carretera (AEC), a total of five people in Spain lost their life in 2018 as a result of an accident with a PMV (Personal Mobility Vehicle).

To this must be added the increasing lack of attention by so many pedestrians, glued to cell phones rather than observing traffic. According to a 2019 study by Ponle Freno and Axa, 37% de of those persons surveyed admitted that they often crossed a street while looking at their mobile phone. 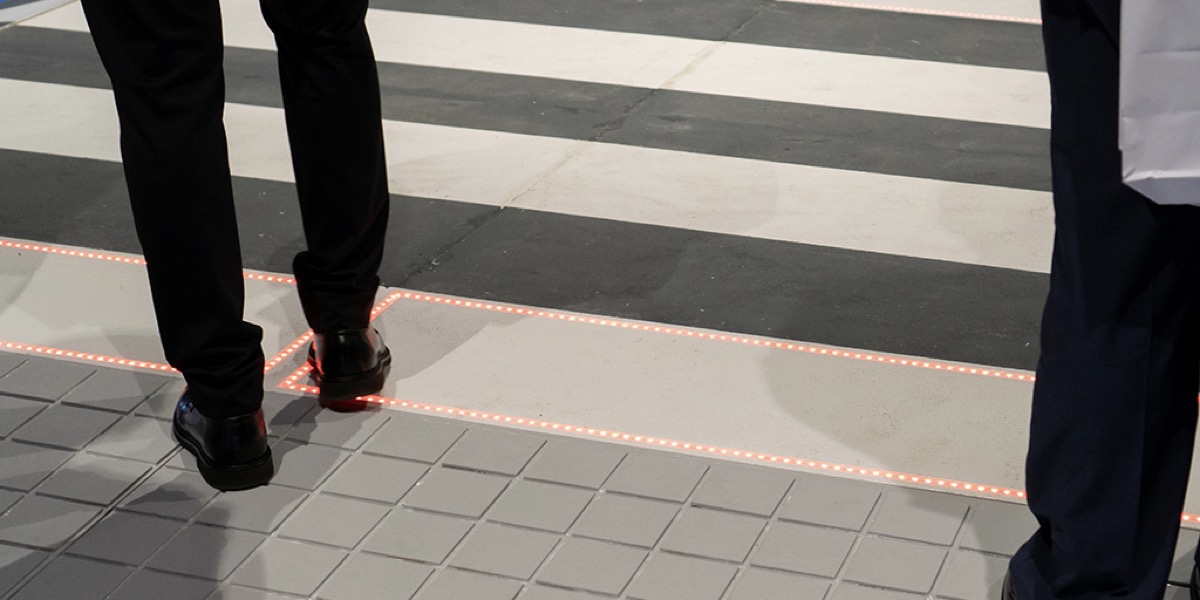 AiCross is not the only intelligent pedestrian crossing. In the South Korean city of Islan, authorities have tested one that is capable of warning both cellphone addicts and drivers of imminent danger. The experiment was carried out by a team from the Korea Institute of Civil Engineering and Building Technology  (KICT).

There are three ways to warn a distracted pedestrian who is crossing and doesn’t see that a car is approaching. If the car is coming at more than 10 km/h, a warning sign is projected on the asphalt so the pedestrian can react in time. This not only helps people who are engrossed in their small screen, but also older people, who tend to look down at the ground as they walk. In addition, sound is activated and an app will make the pedestrian’s cell phone vibrate to warn him.

For cars, a camera with thermal imaging detects a nearby pedestrian and activates some LED lights that illuminate the crossing, are visible from 50 metres away, and do not blind the person crossing. When the vehicle is 30 metres from the walkway, a flashing electronic signal is activated.

According to data from the KICT, 83% of drivers stopped or slowed down on receiving these warning signs. And in the case of roads with a speed limit of 50 km/h, they did so almost 20% more than on streets that did not have this alarm system.