In the cities of the future imagined by both millennials and Generation Z, cars will not be held in great esteem. In fact, according to the 2019 report Mobility of the Future, from the Asociación de Empresas de Fabricantes y Distribuidores (AECOC), some 64% of digital natives don’t want even their own vehicle. Citizens of the future prefer to  explore new modes of transportation based on technological innovations that promote sustainability. And that includes electric and autonomous cars. 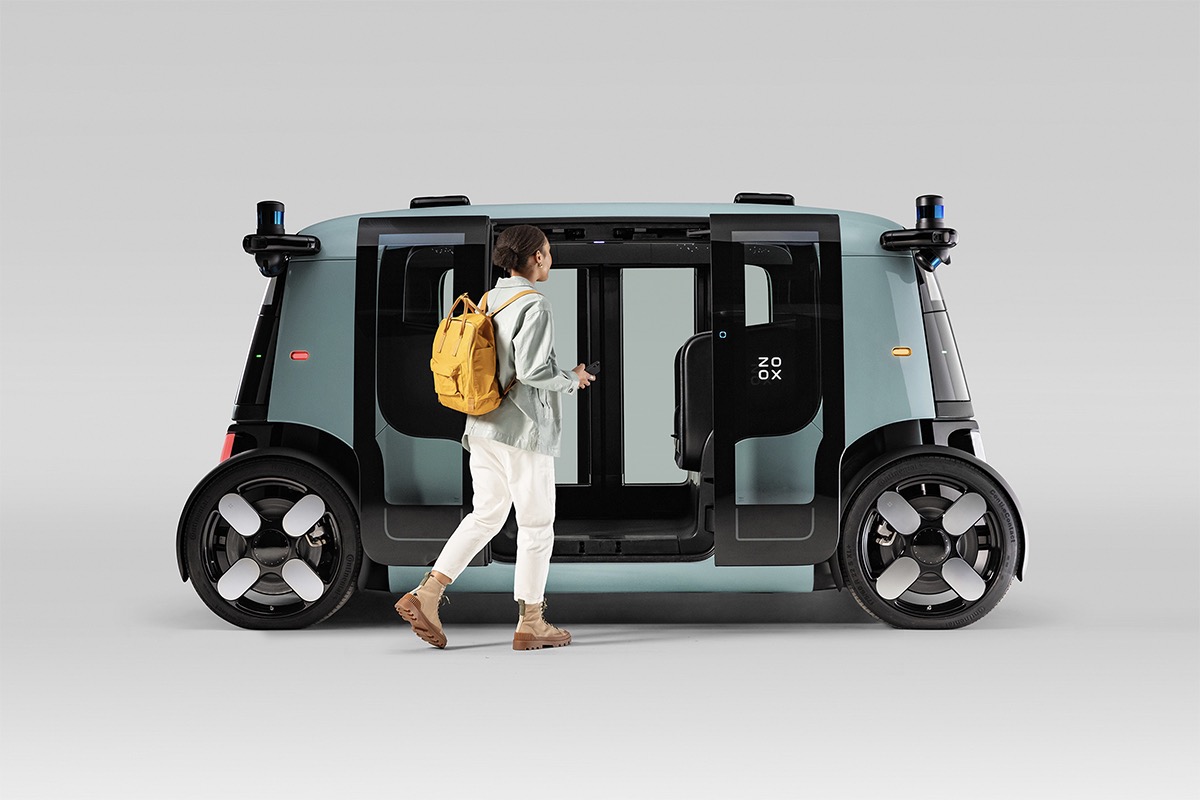 Their prototypes are intended less for long trips by highway and more for large cities. The engineers want to get rid of bothersome traffic jams and air and noise pollution, and are betting on public transport services. 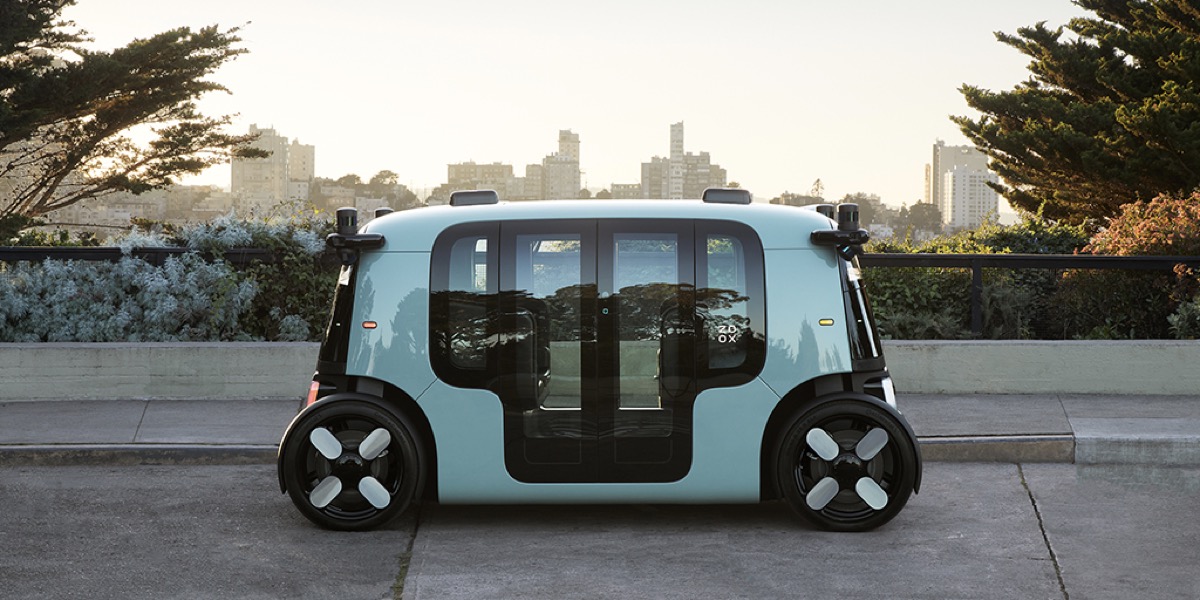 Zoox Inc. is a California company that belongs to Amazon. Its designers have created a prototype for a robotaxi, to which they have given the same name, Zoox: it is totally autonomous and electric and capable of reaching a speed of 120 km/h. According to its creators, it’s the only vehicle that offers four-wheel, bidirectional drive (both forward and backward, and side to side), which allows it to maneuver into small spaces and change direction without the need to use reverse gear. 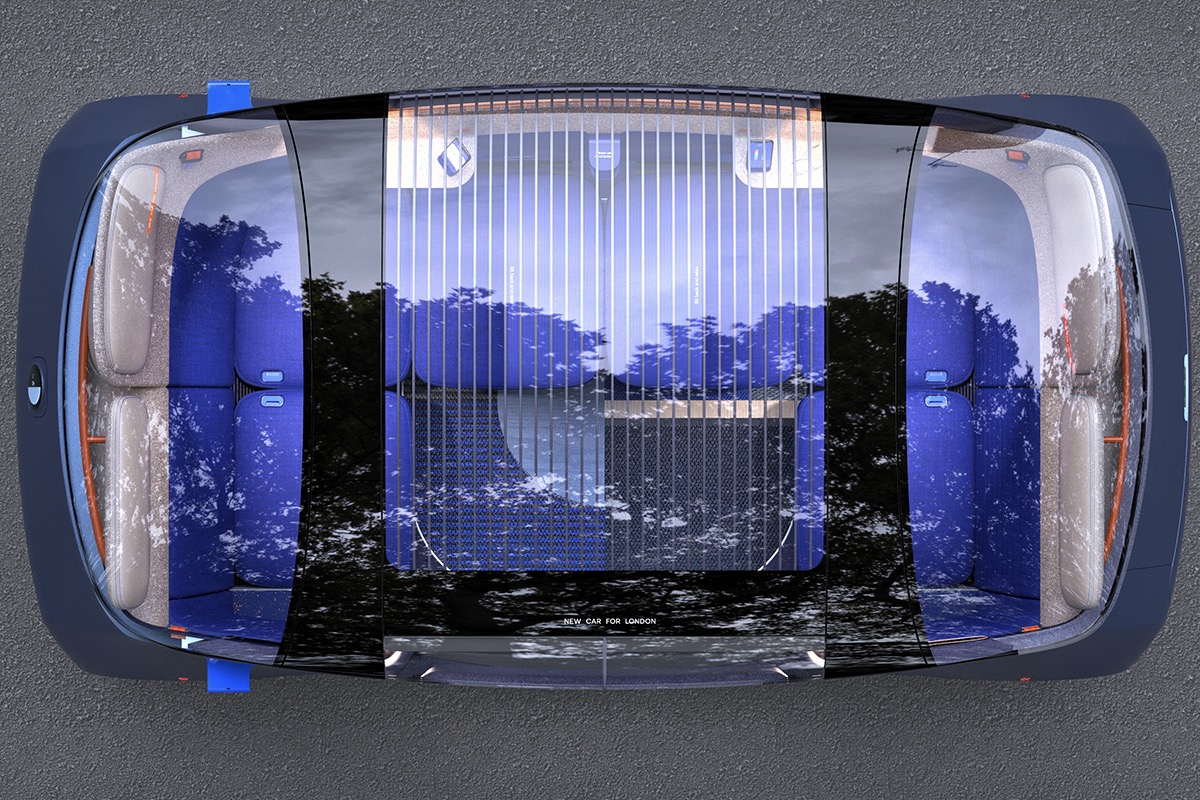 This autonomous car is especially built for moving travelers around cities. Indeed, its motto is “built for riders, not drivers,” so besides its attractive design, its engineers have included safety considerations for passengers, pedestrians and other vehicles. The Zoox has a special airbag system for bidirectional vehicles and seats that wrap around the passengers. A network of sensors and cameras give it a 270º field of vision on the four sides of the car, which eliminates blind spots and allows it to control everything, both stationary and mobile, around it.

The interior is spacious, designed for passenger comfort: comfortable seats, points at which to recharge cell phones, and the possibility of checking via a computer the route to be followed and the hour of arrival. The passenger can even choose the music he wants to hear during the trip.

Working along the same lines, the PriestmanGoode design consultancy has created a prototype for an autonomous car. It was originally intended for London, but the firm says it can be adapted to other cities. Its name: New Car for London, and it’s meant for trips of up to an hour. 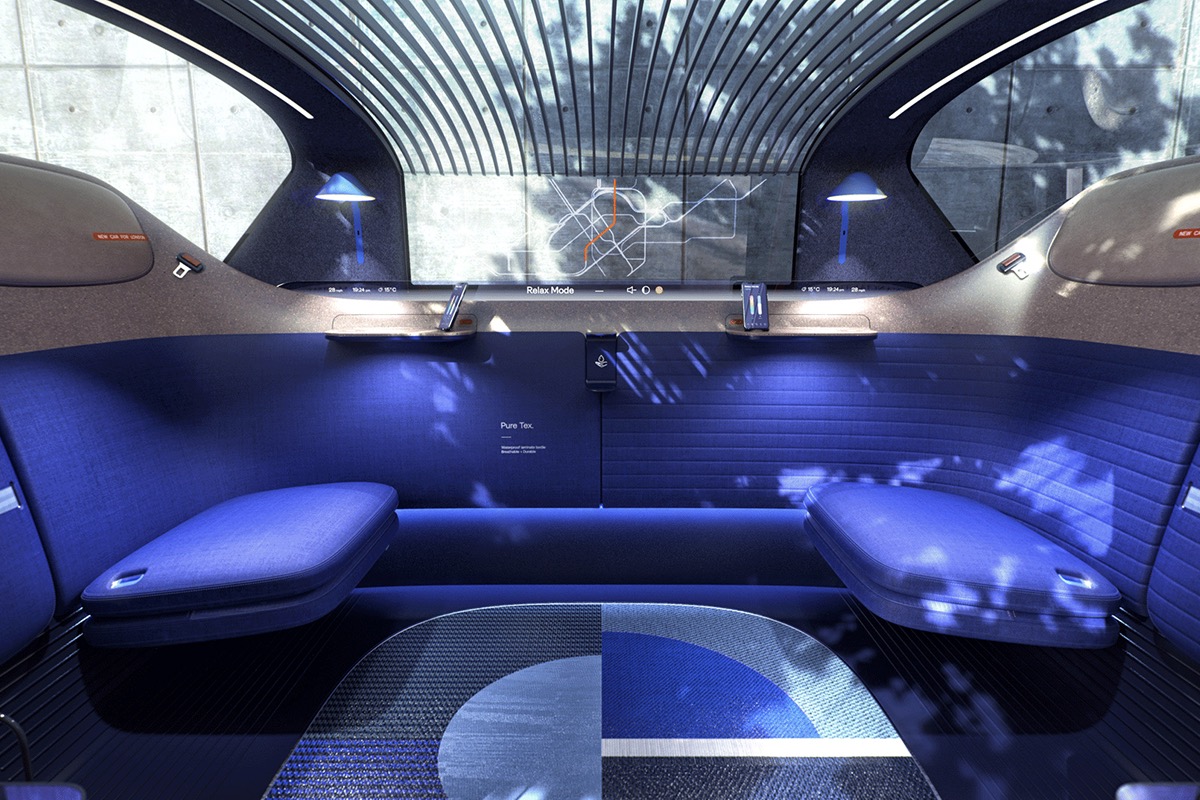 New Car for London also recognizes the unique role that public transport design can play as an emblem of a city or country. From the yellow cabs of New York to the Shinkansen train in Japan, the vaporetto in Venice or the Paris Metro, transportation is essential –to both the locals and tourists– for experiencing our surroundings. So that the cities where these autonomous collective vehicles are used can maintain their identities, the consultancy wants its designs to have features that are associated with each city. In the case of New Car for London, they have taken inspiration from the Brutalist architecture of the British capital to combine simple geometric forms with angular details. 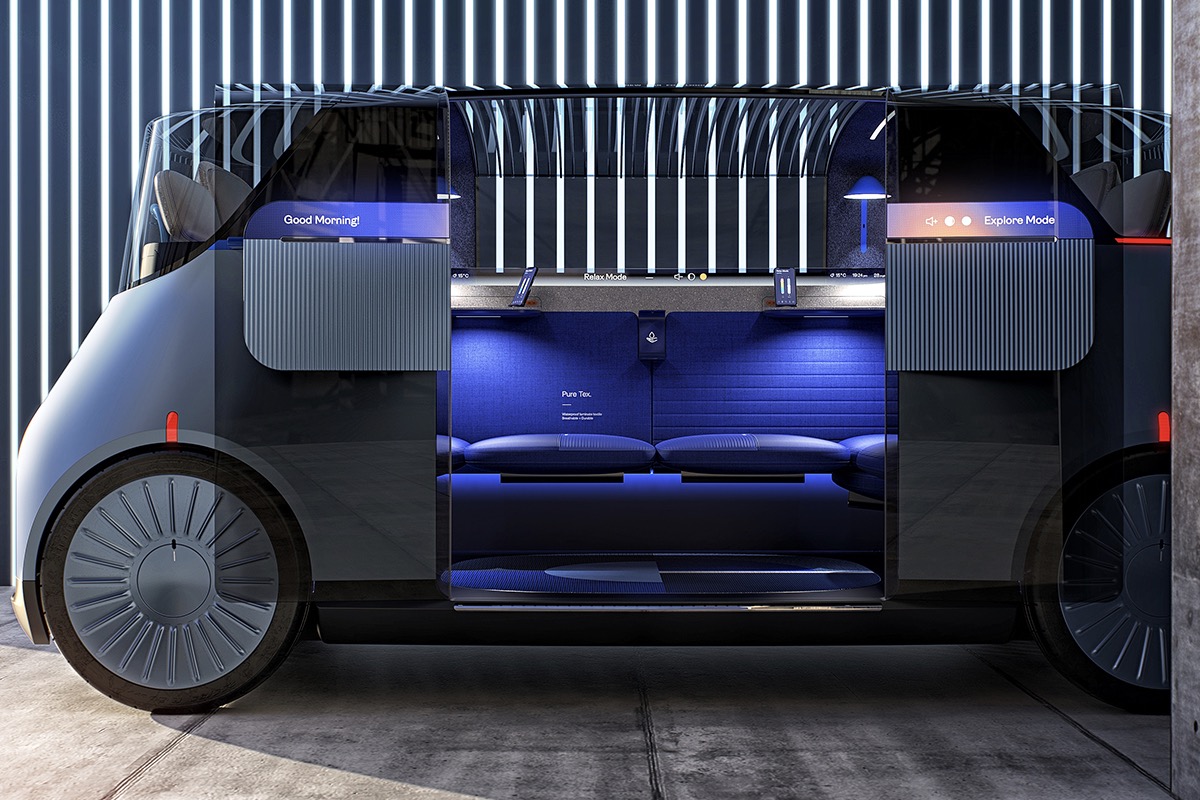 In addition, this car has a good number of windows so that passengers can view the city while they travel, and the design and even placement of the seats can be modified to individual preferences by using the same app that was employed when reserving the vehicle. 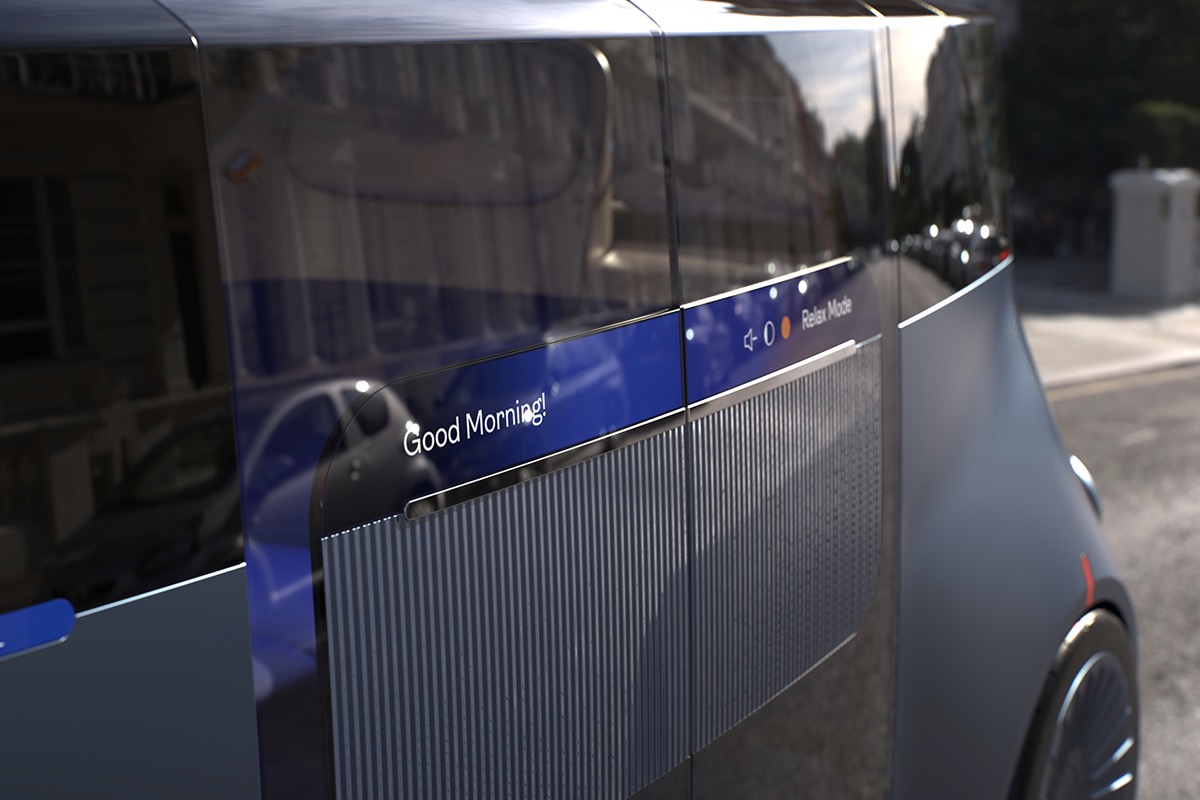 On the outside of its door is posted essential information so that users can be sure that this is the car that they ordered. And just as with the Zoox, lateral cameras and luminous signs guarantee safety on the road, as well as providing visibility for pedestrians and other vehicles.

Just as the pandemic has made us all more careful about hygiene, the New Car for London has materials that can be easily cleaned and disinfected, and includes a first aid kit in case of an accident.

These are just two examples of what’s coming. Forget about your own car and, instead, move easily around the city while  helping reduce contamination and traffic jams. Day by day, that chance is closer and more desirable. 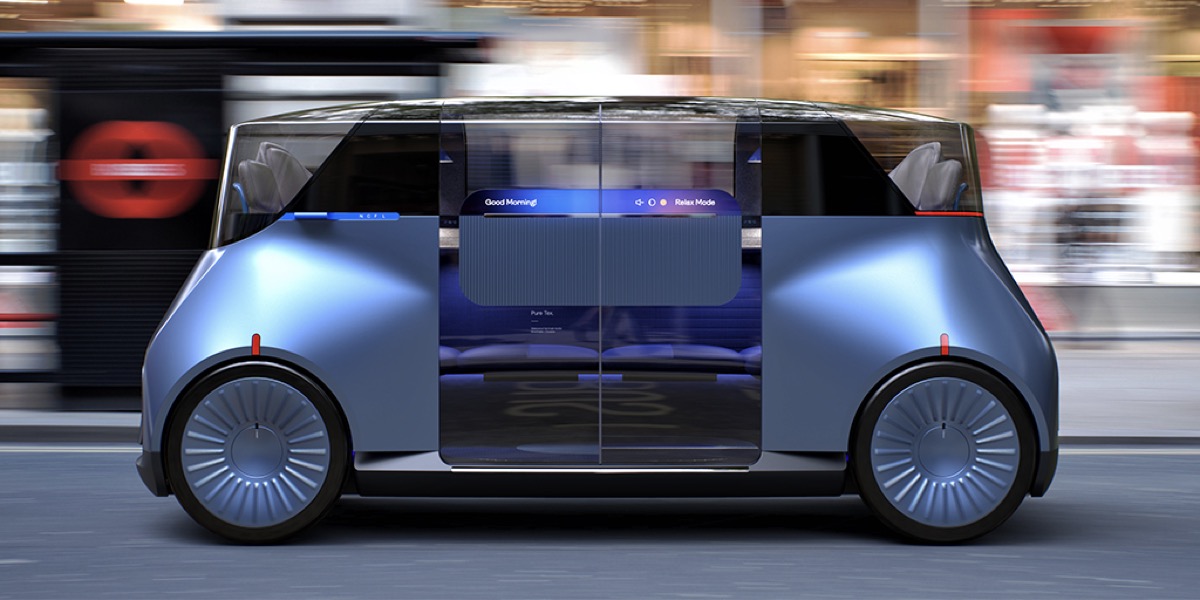