Evovelo is a prototype that mixes the comfort of the automobile with the sustainability of the bicycle. You assemble it yourself and it runs off the energy generated by its solar panels, to foster sustainable mobility

We used to think those stories about recharging cars with a plug was science fiction. Now we realize that they weren’t far off the mark: more and more cities and petrol stations have reserved a place for these devices to provide electricity for automóviles, aware of the importance of improving sustainable mobility. And it’s been taken a step farther by Evovelo, a prototype solar car that combines the comfort of an automobile with the eco-friendliness of a bicycle. How? By using solar energy for fuel and a light structure that the buyer assembles for himself. 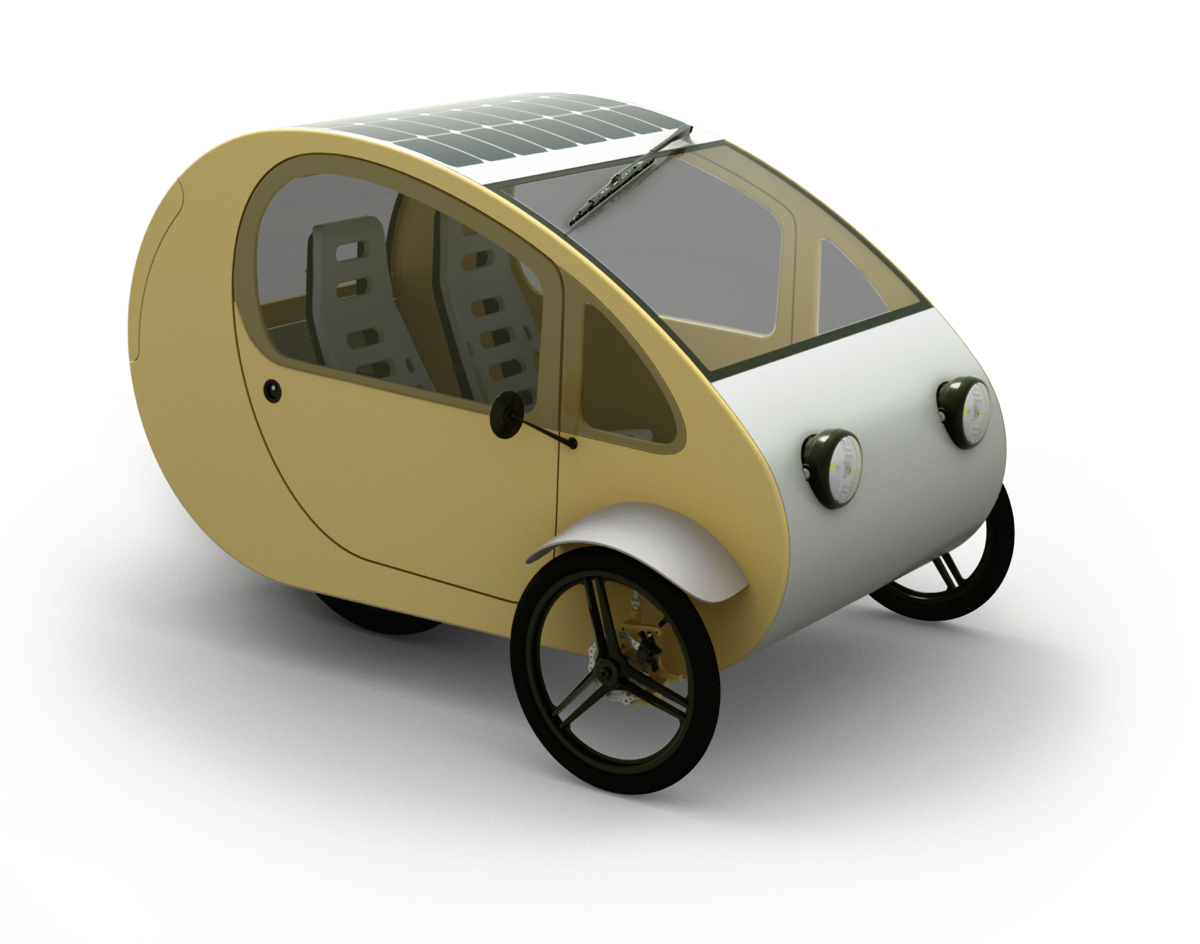 Evovelo was formed to help keep the environment clean and to promote sustainable mobility. The time was ripe for something of this kind, and this “urban solar car,” as they call it on their website, is built from materials that have a minimal impact on our environment and that are cheap to acquire and maintain. “The idea came from a logical equation,” explains Gonzalo P. Chomón, the project’s technical director. “It doesn’t make sense to use a 1,000-kilo car to transport someone who weighs 80 kilos.”

The solution? The Evovelo team, a cooperative that “works as part of the social economy” and consists of four designers and engineers, presented a prototype based on the structure of a bicycle, the most basic system for moving about. “Each day I had to travel 20 kilometres with my children, a distance I couldn’t cover by bike but that didn’t justify using my own car either,” says Chomón. “I thought about it a lot and realised that the factors that would discourage people from using a bike were the physical effort, the weather, the traffic  or the impossibility of carrying someone else.” 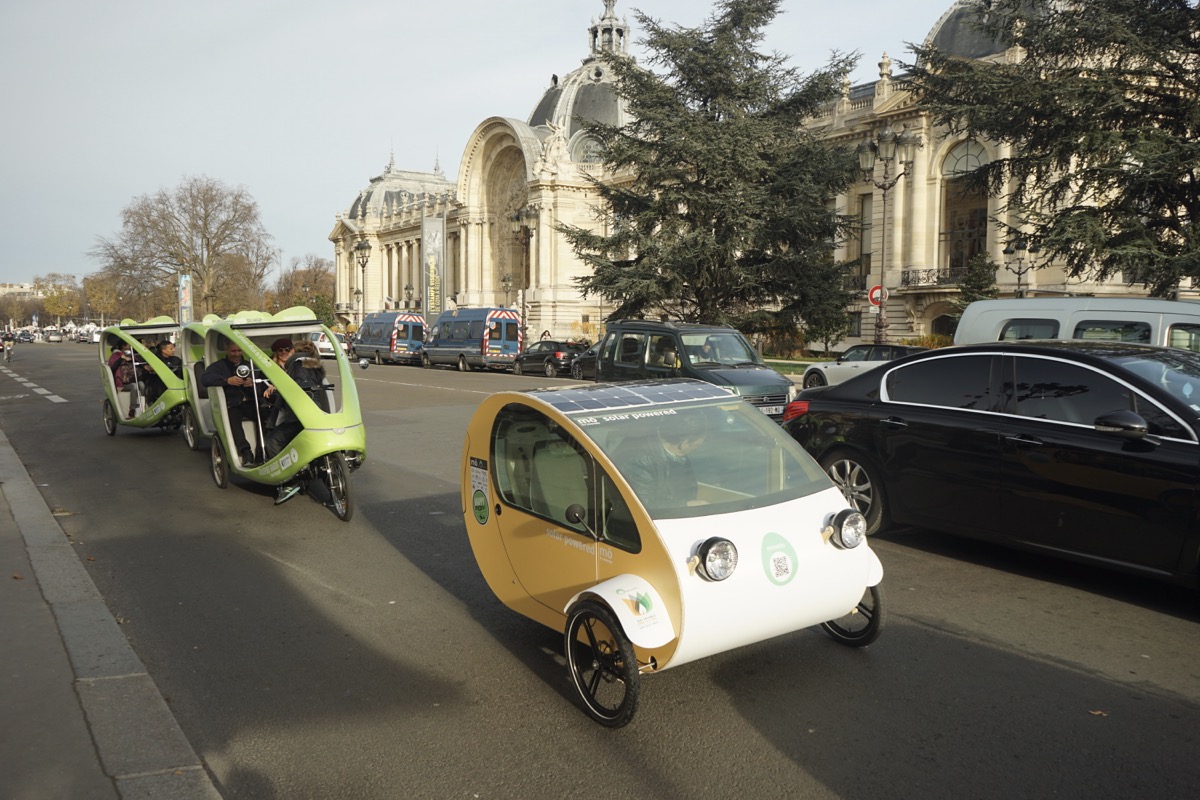 The result of that daily dilemma was the solar car Evovelo. The best solution, Chomón recalls, was to combine the advantages of both a car and a bike. To come up with something that was simple, comfortable and cheap and to enhance sustainable mobility in the city and respect the environment but that didn’t evolve pushing pedals in the rain or sweating up hills before getting to the office. Since he already worked professionally with batteries, the first idea was to do something with these devices and forget about fuel. Then they considered solar energy: “The car is assembled on an individual basis and the roof is made up of solar panels that generate enough energy to have a range of between 30 and 50 kilometres. By leaving the car in street, it is recharging, and in case there’s no sun, the battery –which weighs just eight kilos and is the size of a bag– can be recharged through a simple household electrical plug. With everything topped up, the range goes up to 100 kilometres.” They rejected the electrical car option so as not to use non-renewable energies.

The Evovelo weighs 85 kilos and is two metres long, 1.4 wide and 1.3 high. It can reach a speed of 50 km/h and has a hermetic structure, with all the conveniences of a car except for the airbag. “It’s about the size of a Smart Car, so it’s very easy to park. It is authorised to travel on any road except motorways, and the automatic propulsion can be augmented by some pedals,” the promoter says.

Its oval shape also leaves space for two seats, a boot, and a stick instead of a steering wheel. “It’s the next step up from the bike,” says Chomón, who complains about all those contaminating vehicles in the cities, and says Evovelo has a more pragmatic purpose and related with sustainable mobility in the city: “It’s designed for short return trips. The most common kind. We hope it will catch on in urban and rural settings, for both people travelling to their job and for those moving between villages. About 25% of the world’s energy goes on transport, and we have no alternative but to change this.” 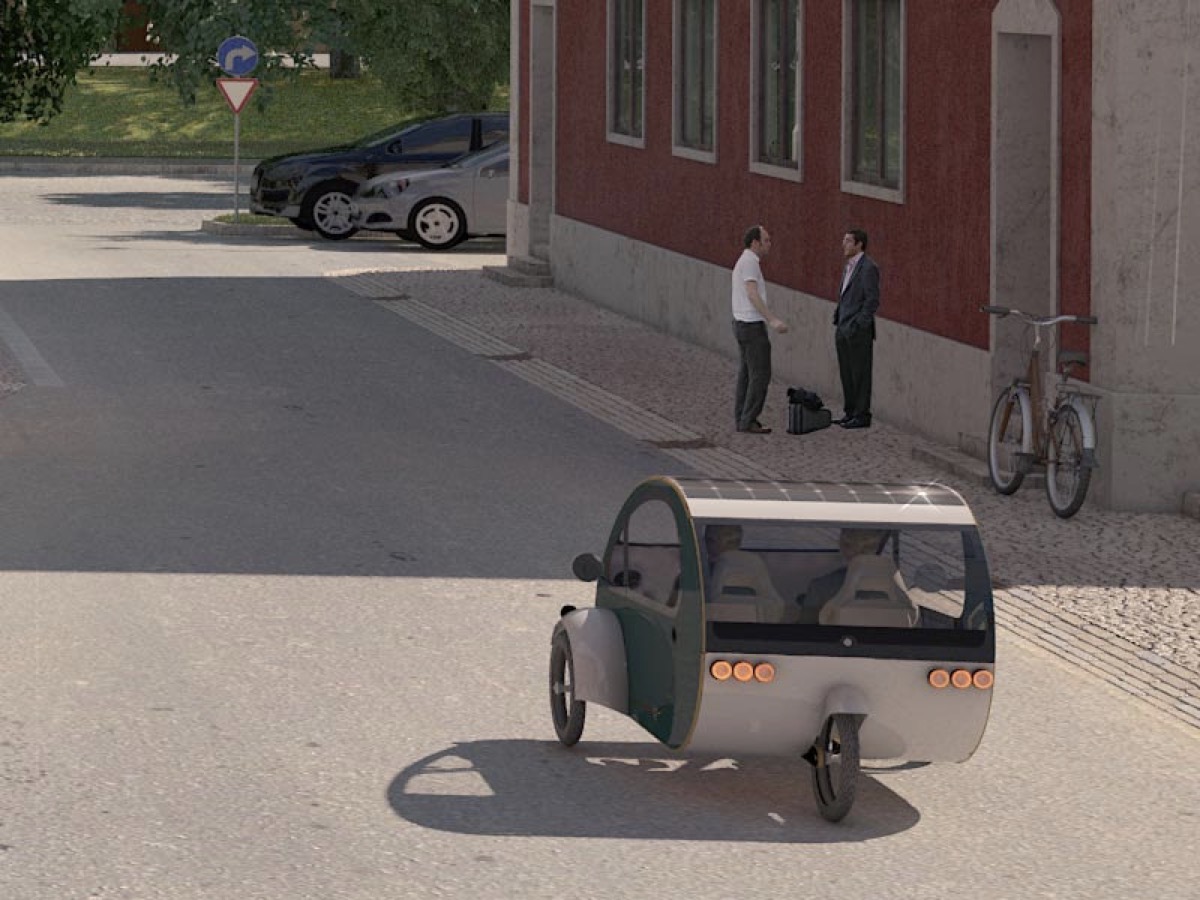 After two years of tests, Evovelo has put 100 units of this solar car on the road. More than 500 people ordered one during the planning stages, and the firm had to select the lucky ones. “It’s a cutting-edge initiative,” he says. Indeed, the project received a grant from Harvard University, and has been selected as one of the most innovative by the European Union’s InnoSmart prizes. The next objective: spread through Europe and thus fulfil that dream of clean energy, economy, sustainable mobility and efficiency in transportation that launched the project.