Have you ever wondered which countries have the most kilometers of motorways? Well, Eurostat is going to answer that question. The European Office of Statistics has counted what it classified as motorways, which are roads that meet three criteria:

Curiously enough Turkey, with the largest surface area in  Europe (783,562 square kilometres, although most of its territory is in Asia) has just 2,542 kilometres of motorways. 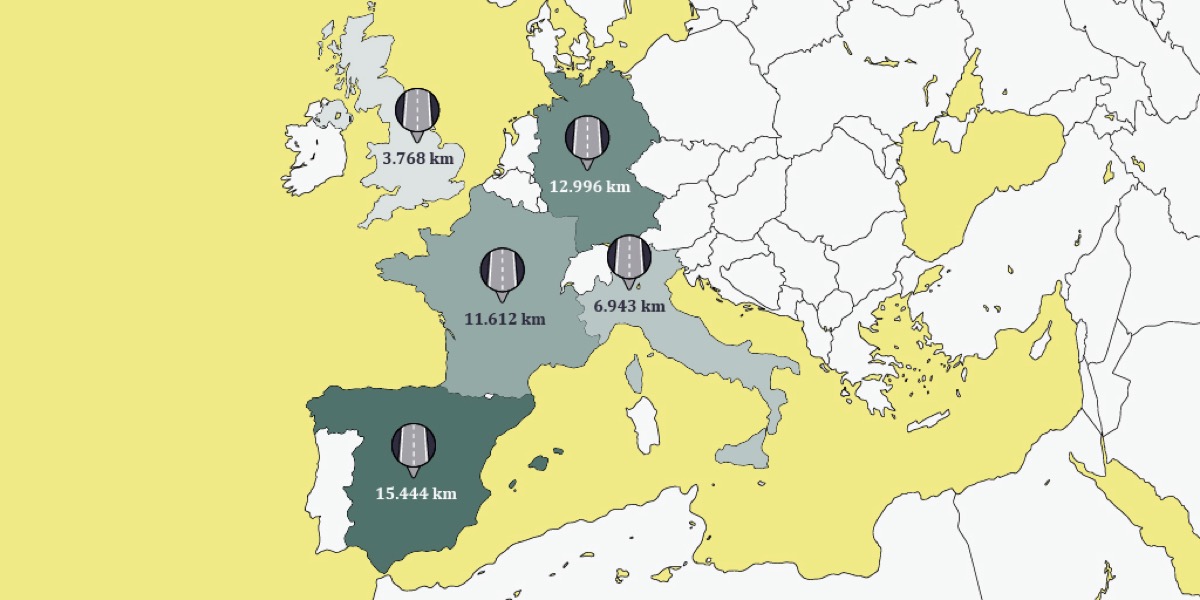