Due to the increase in extreme weather events caused by climate change, we should adapt our infrastructures, according to European and Spanish studies, because it will also affect road safety

Changes in temperature and rainfall, along with extreme weather events caused by climate change, will have effects everywhere, and roads and highway safety are no exception. There will be more torrential rains or higher summer temperatures and heat waves that affect the conservation of the pavement and road mobility. Governments are aware of this, and many of them have developed strategies to mitigate the effects of climate change on the highways.

It’s a global problem that goes beyond road safety: a question of calibrating the intensity of those effects in each place. In Europe, the report titled Impacts of climate change on transport: A focus on road and rail transport infrastructures, by the Joint Research Centre (JRC) of the European Commission, studied the vulnerability of the system in 2012, and concluded that if the problem is not faced in new strategies of design and maintenance of European highways, the changes in climate could “accelerate their deterioration, and increase severe damages risks, traffic interruption and accidents that could, in turn, affect economic activities” in some regions.

The Weather project, financed by the 7th Framework Programme for Research and Technological Development, quantified the costs of extreme weather events due to climate change. The estimated cost of highway transport road mobility in the EU is 1.8 billion euros each year, some 80% of which is the result of damage to infrastructures. On an aggregate level, these costs should not rise excessively in Europe because of the effect of climate change, but on a regional or disaggregated level the consequences could be “severe,” according to the JRC study.

The estimated cost of extreme weather phenomena on highway transport in the EU is 1.8 billion euros a year

For example: while damage from rain could increase slightly, the milder winters will help offset this effect. On the other hand, a rise in average temperatures could require changes in the design of the pavements and in maintenance operations, and some roads could be liable to extreme precipitation, flooding, increased temperatures and even a rise in the sea level. Circumstances that affect road safety and road mobility.

Climate changes could accelerate the deterioration of highways and increase the risks of severe damage and will affect road safety, according to a report by the JRC 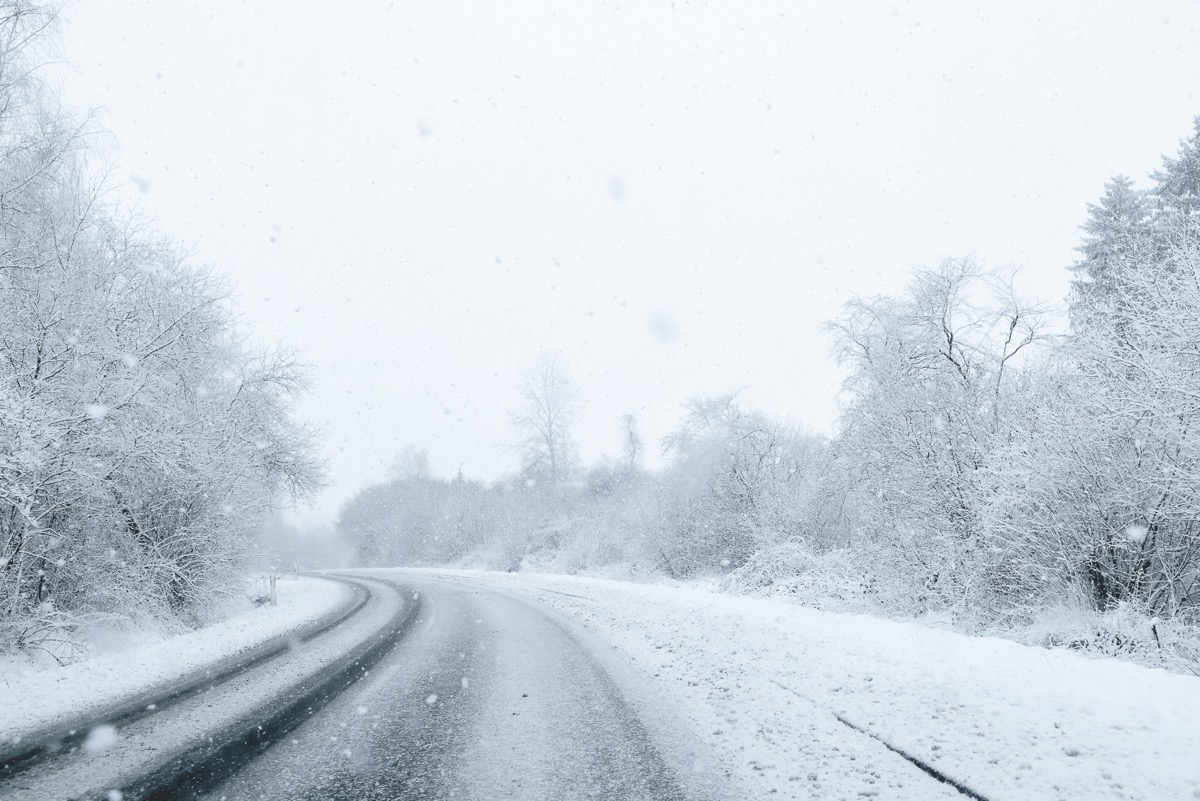 In 2013 this question was studied by a Working Group of the Ministry of Public Works, which analysed the needs to adapt the backbone network of transportation infrastructures to improve road safety. The report took in 27,300 kilometres of the backbone network of highways that are part of the Trans-European Transport Network, and is predicated on the fact that climate change will bring certain extreme weather events of greater intensity (short rains, flooding) and frequency (droughts, heat waves).

Some roads could be liable to extreme precipitation, flooding, increased temperatures and even a rise in the sea level

The study stresses the increase in localised damage that could be caused by slope failure, which will be more frequent in the north and southeast parts of the peninsula because of an increase in the intensity of precipitation, which makes it advisable to care for drainage and protect existing works, which would increase the safety of the highways.

To mitigate these effects, and improve road safety, it advises revising current norms and recommendations about designs of earth works, and recommends “not ignoring vigilance and preventive maintenance.” In the medium term it requests that the design of these slopes be adapted and that surfaces be shored up to meet the lower rainfall and the rise in maximum temperatures, which bring a risk of non-structural ruts and fissures. 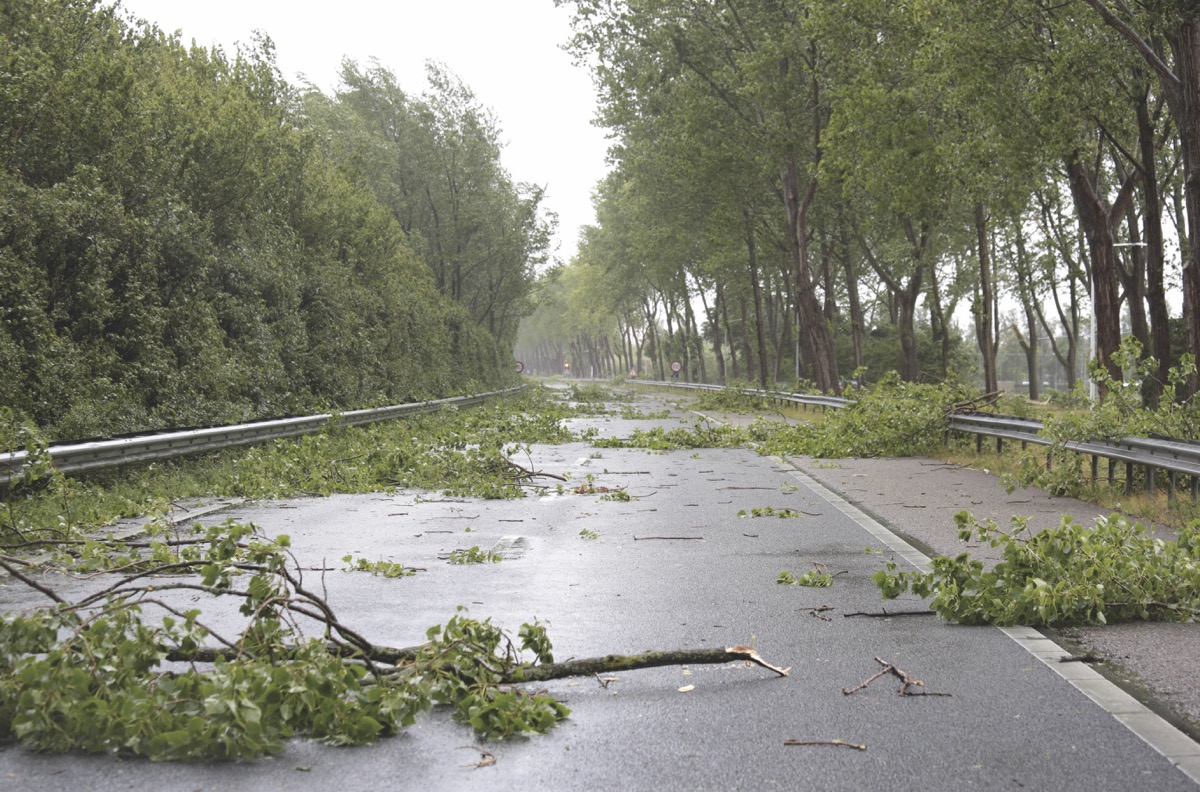 The role of the Spanish Office of Climate Change

We can’t ignore that the relation between the environment and road mobility is bi-directional. According to a report by the European Asphalt Pavement Association presented to the European Parliament, “each kilo of CO2 invested in the paving/rehabilitation of a highway can avoid the emission of 36 kilos of CO2 from the transport of vehicles that drive along that highway.”

For this reason, there are experts who ask that greater importance be given to the institutions monitoring climate change so as to take decisions about road safety. “The new policy of conservation of roads in Spain should be designed by the Spanish Office of Climate Change, which should also assume control of the results that are obtained,” says a professor of Highway Engineering, Miguel Ángel del Val, in his blog No solo carreteras.

Valvanera Ulargui, who is director general of this office, tells us that the transport sector is one of the priorities for the National Plan to Adapt to Climate Change and that since 2013 the environmental evaluation of the projects must include measures “to mitigate their effect on climate change and allow them to adapt to it.” At present the office supports two projects for the development of the National Plan in the transport infrastructures sector: one of them seeks to identify those parts of the backbone that are potentially most exposed; the other concentrates on collecting information about climate change and inundations so as to adapt the design and analyse the safety of sensitive structures. Upgrades that will increase road safety.

The report by the Working Group concluded by recommending that climate change be taken into account when designing and maintaining the transport system, and Ulargui thinks that “without any doubt we’re taking steps in the right direction.” Climate change is a fact, and it is urgent that highways be prepared for it.