Highways serve to unite. They reduce distances and bring people closer together. All this is true, but only from an anthropocentric point of view. In the 1950s, different engineers and biologists realized that while highways united people, they also separated animals, often curtailing ecosystems and isolating wildlife populations; they were real scars that broke up habitats. The authorities decided to change all that by building bridges for animals.

The first bridges for animals began to be built in France in the 50s. At first they were merely exotic structures, but different studies soon confirmed their effectiveness and made them common all over the world. Today there are tunnels for penguins, bridges for crabs, cords for parrots… And above all, bridges for large mammals. 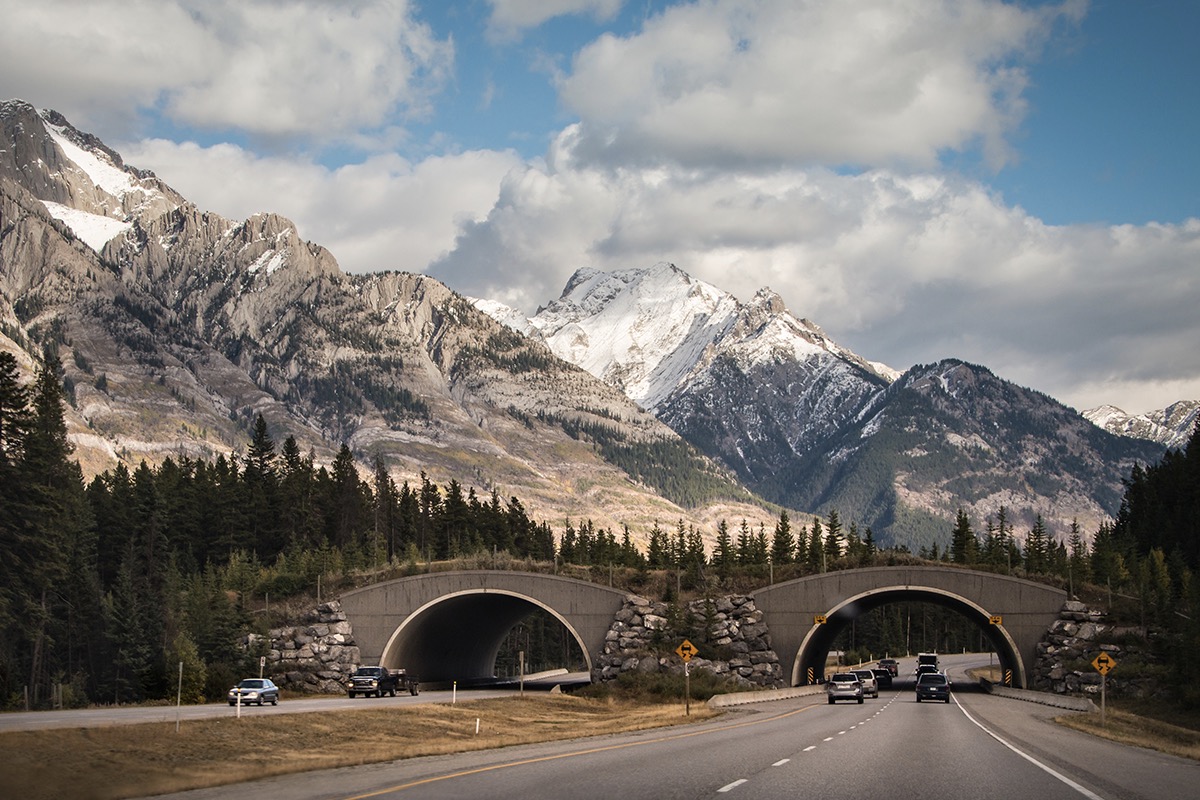 Before these natural corredors existed, the situation on highways was dramatic. Those traffic signs that warn of the presence of wild animals are there for a reason. More than 220 million wild animals are run over and die each year in Europe, according to a study by the organization Frontiers in Ecology and Environment. And these accidents are also a serious problem for road safety.

But accidents aren’t the only problem. Highways separate fauna and flora into smaller and more vulnerable sub-divisions. This fragmentation of the habitat makes it harder for the animals to eat or find a mate, thus putting many of them at risk. The problem is serious, but in recent years it has been sharply reduced thanks to the construction of corridors for fauna and flora. And their number continues to grow year by year.

The longest one in the world, at more than 800 meters, is in Holland and is called Natuurbrug Zanderij Crailoo. But the best known one is in Canada at Banff National Park. In reality, it’s not a single passageway but 24 of them across a great trans-Canadian highway. Its fame derives from the numerous studies of these corridors, making them something of a world proving ground for the structures.

Using different techniques to monitor the animals, scientists reported that 10 species of large mammals (bears, elk, deer, pumas, coyotes, wolves…) used the 24 crossings at Banff some 84,000 times in the 10 years between the opening in 1996 and January of 2007. But the most interesting thing is not the total number, but how it grew. In the early years, few animals wanted to cross because they weren’t familiar with the system. But as time passed, they learned to cross over highways on these bridges.

For example, grizzly bear crossings increased from seven in 1996 to more than 100 in 2006. It was similar with the wolves during the same period: from two to 140. In addition, many of these crossings were made by just a few animals, which proves that once they have learned the system and are no longer afraid, they will repeat the journey.

These animal passageways and bridges are placed so as to not interfere with migratory routes. People all over the world have seen the images of those red crabs crossing roads in Cuba, a migration that, until recently, killed a large number of them and made it hard for people to go to certain areas.

The creation of tunnels and bridges has made it possible for humans and crabs to coexist –a powerful example reflected in similar  development all over the world. Highways connect people, and it would be impossible to live without them. But their negative aspects and environmental impact can be reduced. The use of these natural corridors is a good example of how to do it.