I had just reached the age of eighteen. It was the end of the summer and the calendar showed that there were only three days before I’d begin my first year at university. My grandfather walked over, sat down beside me, and then surprised me by saying he had decided to buy me a car. I thought he was joking. I discussed it with my parents and discovered everything had been worked out behind my back.

When we reached the dealership and were about to open the door, my grandfather took my arm, stopping me on the pavement.

“I’m buying it for you under one condition.”

He could have demanded whatever he wanted and I would have said yes without thinking about it. With one foot in the door it would have been impossible for me to refuse.

“That each Sunday you drive me to the cemetery.”

My course began in October, and with it the weekly trips to the grave of my grandmother. This was no trouble for me, and even strengthened the relationship with my grandfather, so that there grew up between us a special complicity.

At times he brought flowers; other times just love, or he caressed the headstone or kissed the air. It moved me to see him there talking to my grandmother about their things. No matter if it was cold or if it rained, my grandfather never missed a visit that winter.

Until the first week in July. 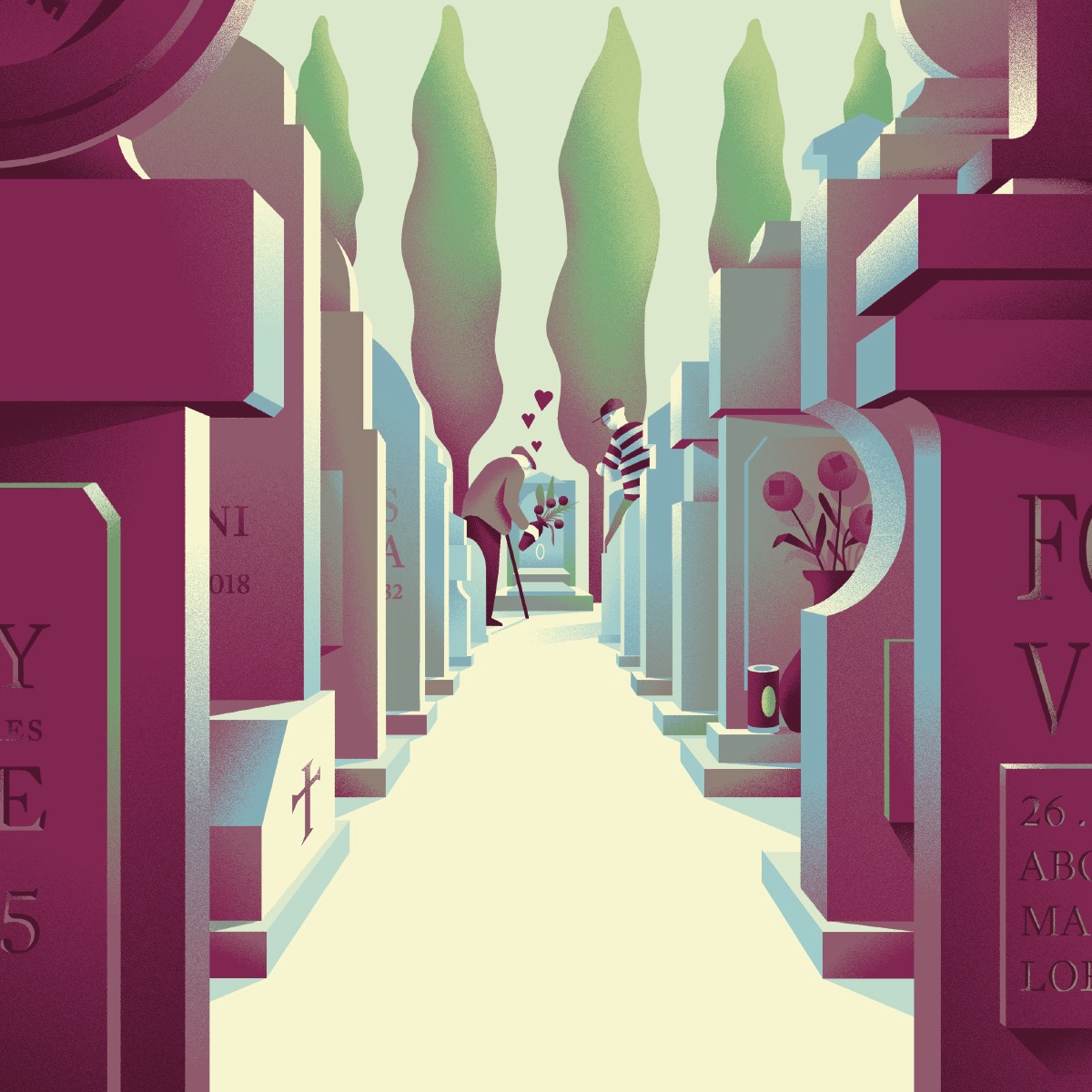 I remember that day because as soon as we got in the car he asked me if I had enough petrol. I said yes, although he leaned forward to the dashboard to check. He told me to stop at a petrol station and fill the tank.

“We’re not going to the cemetery today. I’m inviting you to lunch in Toledo,” he said, and gave a couple of taps to the wallet he carried in his shirt pocket.

It was impossible to protest. The glassy, friendly look in his eyes moved me so much that we began the trip immediately.

My grandfather was talkative that day, so I only had to pay attention to the traffic and the car’s air conditioning to fight the heat wave we were in. The news on the radio about the heat from Africa mixed with my grandfather’s memories of his trips to Toledo with my grandmother.

“We even had a reserved table. Always the same one.”

He didn’t stop talking. I don’t think he was aware of the intense heat all around.

As a new driver, I paid more attention to the road than to the conversation, but I have to admit that, between one thing and the other, the trip seemed very short.

When we reached Toledo and were driving toward the city centre, my grandfather suddenly shut up. He looked through the window in silence, perhaps evoking a city in black and white. Those narrow streets, the steep hills, the cobblestones… For him it was all flashes of memory.

It was really hot, which made the brave tourists walk slowly. We reached the restaurant anxious to cool down in the soothing air conditioning. I went in first and felt revived. My grandfather stopped behind me in the doorway, panting and blocked. I saw him close his eyes and inhale, flaring his nostrils like gills.

He smiled. That was the first time he had smiled all morning. There was an aroma of ovens and soup.

We sat at the table that they had occupied every Sunday for years.

How can I describe my grandfather’s delight at eating that partridge stew?

During the two hours we were seated there he seemed to grow younger, telling stories about the time he met my grandmother. He laughed when recalling the crazy things of his youth while he delighted in the sauce. That conversation helped me know him better and, if possible, love him even more.

He proudly paid the bill and we went outside again without much enthusiasm. I drove the car over and, with the air conditioning at full blast, picked him up. 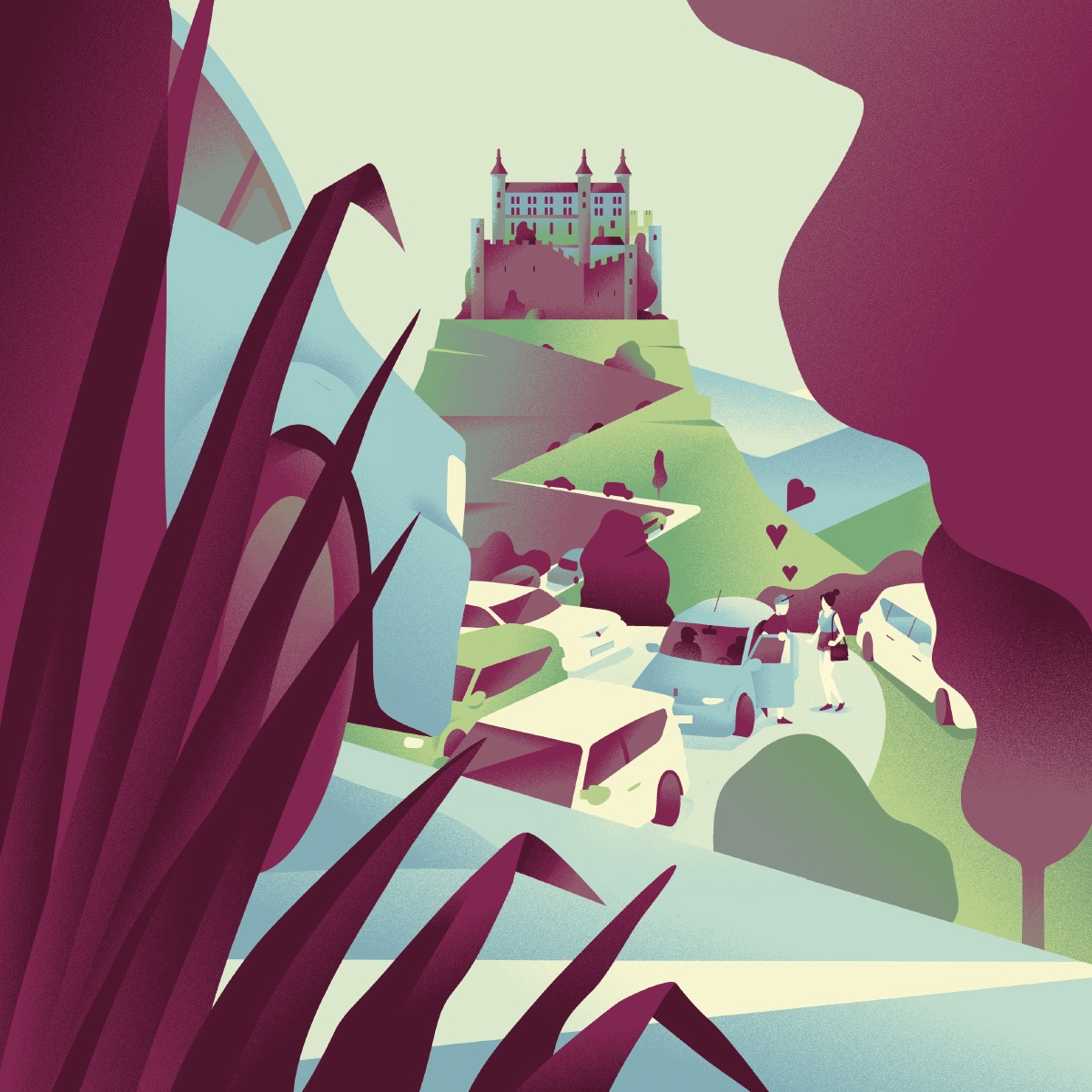 I think that was the first time I saw that number on the dashboard of my car. My grandfather leaned back in the seat, loosened his shirt collar, sighed, closed his eyes and cried inside.

We quickly got on the road to Madrid and drove back calmly, with no hurry, listening to his music and my grandmother’s. We would have gotten home without any problems if it hadn’t been for a lorry that had some mechanical problems and ended up blocking both lanes of the motorway.

Half past four in the afternoon. Forty- four degrees!

Traffic stopped and the two lines of cars occupied a static world. Far in the distance could be seen the blue glimmer of the Guardia Civil. We were definitely trapped and had no way of getting out of there. We had to wait under that sun that fell like lead on the car’s body, which could hardly maintain any coolness inside.

My grandfather’s forward-looking character had led me to fill up the petrol tank before leaving Madrid, and so we could allow ourselves the luxury of keeping the engine running so as not to boil inside. I looked on the Internet for information about the accident.

Evidently a special tow truck was on its way to open up the normal flow of traffic. I resigned myself and spent time sending Whatsapps while my grandfather dozed.

And then it happened.

Some tapping on the window startled. There was a girl gesturing with her hand for me to lower the window. Her face was shiny and her grey t-shirt was stained with sweat.

“I’m almost out of petrol, I’ve been using the backup,” she said, pointing toward the car behind her. “I can’t stand this heat any longer. I saw your windows were closed and I couldn’t help it. Do you mind if I get in?”

I had never had a full petrol tank except that day when my grandfather filled it up.

The exact time and place to happen to meet.

That’s how I met Andrea, who in time would become my wife and who today brought our third child into the world. I’ve spent the day at the hospital but then at the last minute I’ve come to the cemetery to give thanks to my grandfather for changing plans that day. I’m sure that, somehow, the love that he felt for my grandmother nudged chance and destiny to bring Andrea to me.

A caress of the tombstone and a kiss to the air, and in a few days partridge stew.