No matter how experienced a driver you are, nobody is immune to having a traffic accident. And in case you are in one, it’s highly probable that you’ll have to involve an insurance company. Many times, especially when the costs of the accident involve thousands of euros, the insurance company will want to verify the conditions of the car accident. But what if there were a system that recorded the traffic accident in real time and then allowed it to be reconstructed second by second?

No, we’re not talking about a science fiction movie. This solution is already a reality, and the company that has developed it, Nexar, has implanted it in more than 200,000 vehicles in Japan. The aim is simple: to clarify the circumstances and the sequence of events surrounding traffic accidents. The technology has been used in Japan since the spring, when Nexar arrived via an agreement with an insurance company, Mitsui Sumitomo.

How does this technology work?

The firm’s technological development is based on its years of experience in providing security cameras for vehicles. Thanks to this technology, it has generated a considerable amount of video and data in the cloud relative to driving. This, in addition to its own cameras, has allowed it to develop CityStream, a system that helps drivers to make the best decisions based on, among other things, information about the condition of the road and traffic on it, but also on the skills of other drivers at the wheel.

If we add the cameras and the CityStream system and the development of artificial intelligence in recent years, the combination of all three makes it possible to reconstruct the chain of events that lead to a traffic accident.

Thus the Nexar technology incorporates the reconstruction and what was filmed by the cameras located in the vehicle, the data from the sensors and the GPS location. Based on this information, the artificial intelligence system prepares a report on the circumstances of the accident. These reconstructions, in addition to the videos produced by the cameras, include a second-by-second chronology of events. Since the system allows for recording images and videos, once the reconstruction has been carried out it is also possible to verify damage to those vehicles involved and to third parties,  as well as the conditions at the moment of the accident (traffic lights, speed, distances, etc.). All this is a tremendous help in resolving and managing claims on the companies that have insured the drivers involved. 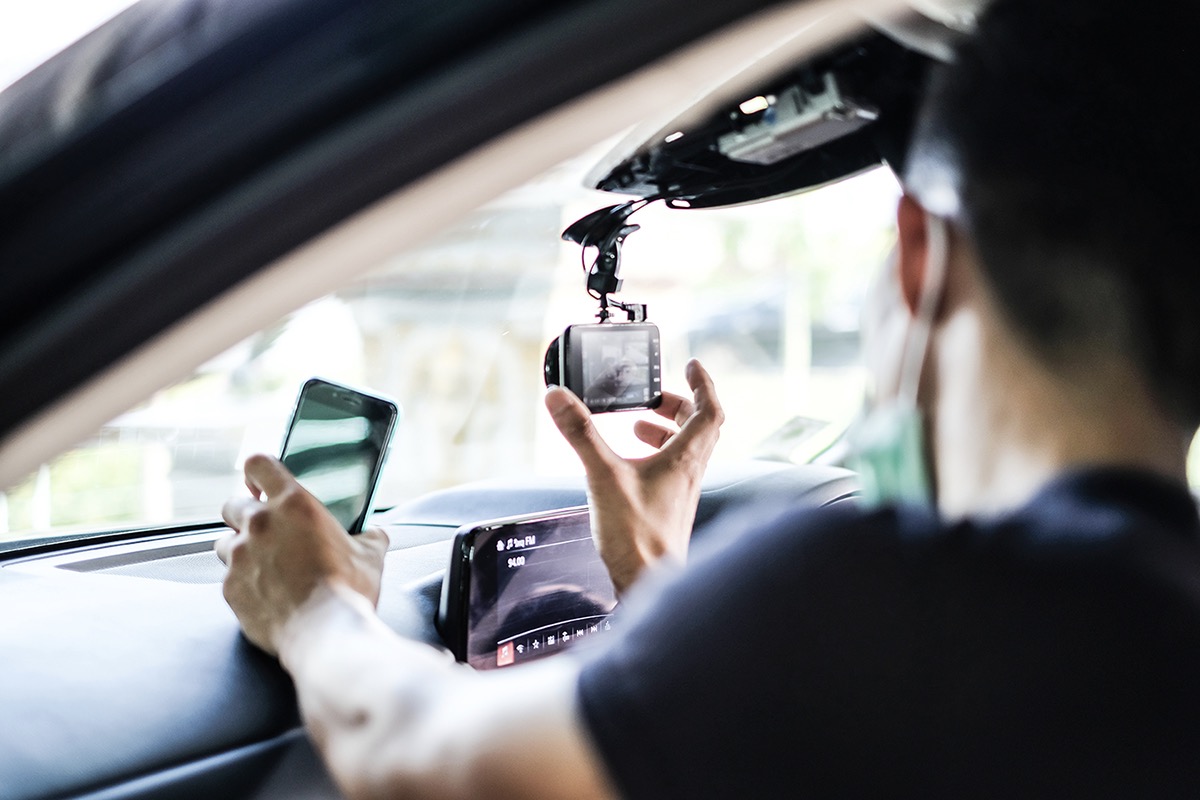 In addition to the equipment on the vehicle (cameras, sensors, tools for collecting data…) the second tool of the system is an app that has been developed by the company. It is  by means of this app that drivers (or insurers) can access both the data and videos relative to the accident, along with the reconstruction that artificial intelligence has provided based on the information collected.

The application of Nexar cameras has been functioning for years, which has allowed this Israeli company to begin to provide services in support of driving. It is this data –generated by its systems of cameras, the devices in which the app is installed, and the (increasingly intelligent) vehicles of its clients– that has made it possible to establish the Nexar database, in addition to producing information that even includes the driving patterns of different drivers.

In a future of autonomous cars, it’s possible to imagine this technology as useful not only when dealing with insurance matters (or of insurers analyzing claims). As soon as drivers are eliminated from the equation, the self-driving cars will bear witness to the accident and collect the information that will then be analyzed to determine just what happened and how. And the system is useful not only in cars involved in accidents: through the network of cameras, it could even be used to clarify the circumstances of a car traffic accident between “third parties” because the videos and images are kept in the cloud.

But to see the usefulness of a system that records and reconstructs traffic accidents, we don’t have to go very far. The information produced could already serve to adapt traffic regulations, and even modify the designs of vehicles and highways so as to minimize the risk in circumstances where accidents are most frequent.

It’s not hard to imagine how advances in artificial intelligence or the collection and analysis of data can help make highways safer places for everyone. For the moment, in Japan they’ve already taken another step to reconstruct traffic accidents. What seems obvious is that these systems will be increasingly the norm and less the exception.