It’s possible that the hymn of the Dutch province of Friesland is the most hated song by residents of the town of Jelsum. Or at least it was for a long time. Blame it on one of the local highways. Specifically, on that stretch where authorities decided to install sound sensors into the asphalt so as to alert drivers that they might be running off the road. But when car tires might happen to drive over those devices, what was heard was the chorus of that local hymn.

The bad thing is that it wasn’t just the drivers who heard the music. People in the neighborhood also heard it from their homes. What began as a curious and pleasant initiative soon became real torture, especially when there was heavy traffic.

Some residents even told a local paper that they preferred the sound of airplanes landing and taking off at the nearby air base to the continual melodic hum from the highway. Their complaints were finally successful, and the authorities removed the sound bands.

There are many roads with white bands that include an acoustical warning or vibration to alert drivers when they are changing direction (invading the oncoming lane or leaving their own lane toward the right) so that they can correct their course in time. 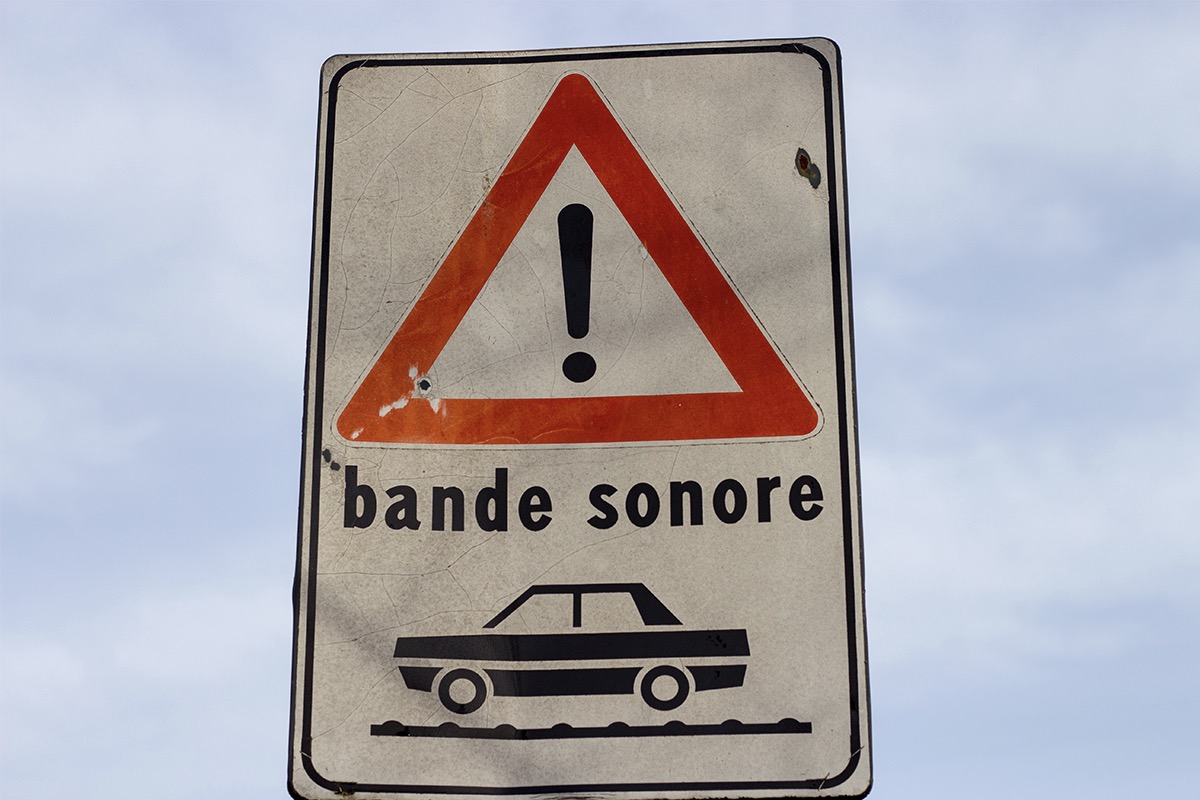 These bands are usually placed on the sides or the central divider of highways. Some studies, like those carried out by the University of Aalborg (Denmark) and the U.S. Department of  Transportation, calculate that this warning system reduces by up to 29% the number of head-on collisions and by 67% the chance of cars running off the road on conventional highways.

But just as with the Dutch town, in some places these driving guides go beyond mere bumps in the surface to warn drivers. Some of them are authentic musical soundtracks.

Like the ones installed a few years ago along a stretch of the mythic Route 66 in the United States to mark the release of a series of documentary films made by National Geographic. In one of the episodes we can hear Ray Charles break into America The Beautiful when some tires go onto the special area:

The sound is achieved by manipulating the size and distance of the guide notches, which then generate the melody.

The first of these highways was built in Denmark in 1985 by two local artists, Steen Krarup Jensen and Jakob Freud-Magnu, although in this case the guides were not generated by perforating the asphalt but by some small vibrators along the road:

Following the Danish example, musical highways became popular in other parts of the world, among them Japan. Since  2007, that country has what is called Melody Road, along several stretches of different roadways. They are a real tourist attraction. And unlike what happened in Jelsum, for the time being they are not causing any problems with the neighbors.