More than a quarter of the world’s population –some 1.4 billion people– live a sedentary life, according to the World Health Organization (WHO). The negative health effects of this are considered one of the great ills of the 21st century, and are numerous: diabetes, circulatory problems, obesity, a predisposition to suffer different kinds of cancer, back pain due to a shortening of certain muscles in the legs and buttocks…

But it’s not always easy to change our habits and get more movement into our daily routine. Many people must spend long workdays in front of their computers or at the wheel of their vehicles.

For the latter, Jaguar Land Rover may have found the solution. Or at least part of it. The company’s research division has developed the so-called ‘morphable’ seat, which incorporates a system that simulates the movement of the pelvis when we walk. 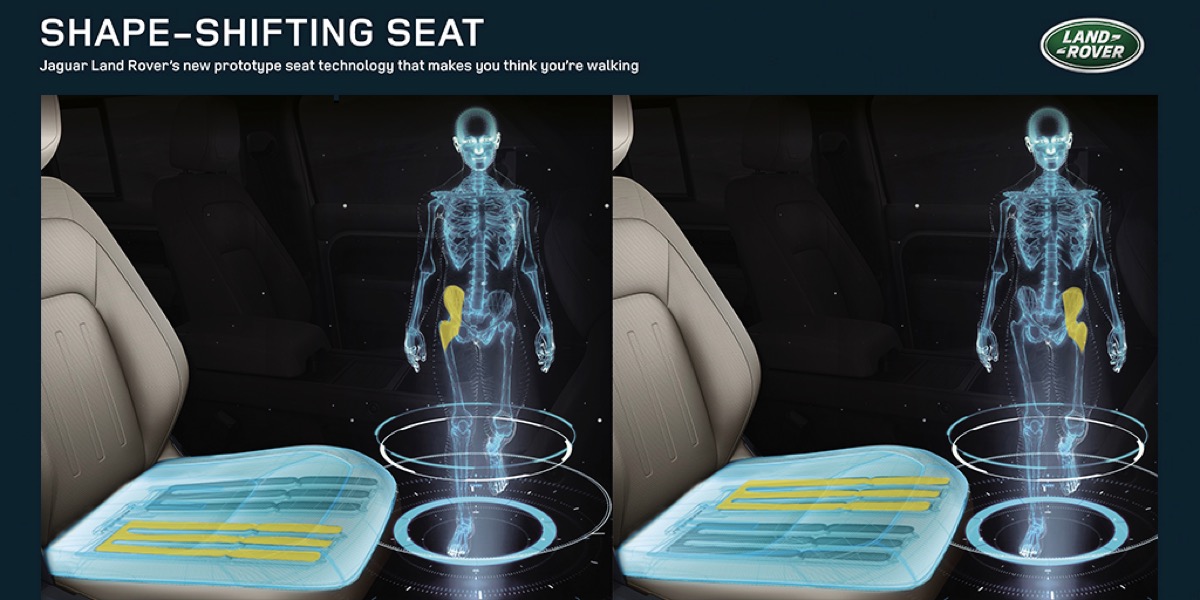 The system is based on small transmitters located in the foam of the seat. They generate a series of continual adjustments that make the brain think that the driver is walking instead of being seated. This system of actuators can be individually adapted to each seat.

“By simulating the rhythm of walking, this technology can help mitigate against the health risks of sitting down for too long on extended journeys, like drivers in the UK, who cover an average of 146 miles (234 km) every week,” the British firm says.

Jaguar Land Rover’s medical director, Dr. Steve Iley, calls the invention “the seat of the future” and adds: “We’re using our engineering experience and innovative technologies that have never been seen before in the automotive industry to help tackle a problem that affects people all over the world.”