It may not be the most determining factor, but color is very important for most of the people when buying a car. Some studies, in fact, consider it the most relevant emotional factor in the purchasing process.

The study carried out by the Arval insurance firm some years ago showed that even advertising takes into account the ‘power’ of the color of motor vehicles. According to data used by marketing agencies, and in spite of the fact that red and gray are the colors most used in advertising, it is blue and green that are most effective when closing a sale.

Color is not only persuasive for a possible buyer, but it can also say a lot about that buyer. According to that same study, the drivers that prefer white for their car (and who are between the ages of 35 and 40) tend to occupy professional positions of responsibility. Those who go for black, however, are more adventurous; the ones who want green are materialists; and fans of blue are creative.

Some 39% of the cars sold all over the world are white, according to data from Axalta Coating Systems. The preference for this color is especially marked in some parts of Asia, where it reaches as high as 60%. In the United States or Europe, one in four cars is white.

Some theories note the influence of Apple products as the reason why color is the leading factor among driver preferences.

At 16%, black is the second most popular color, although in the Japanese market it accounts for up to 22%. This is also the most preferred color by drivers of off-road vehicles, independent of where they might live: 34% of the people who drive this kind of vehicle favor black. 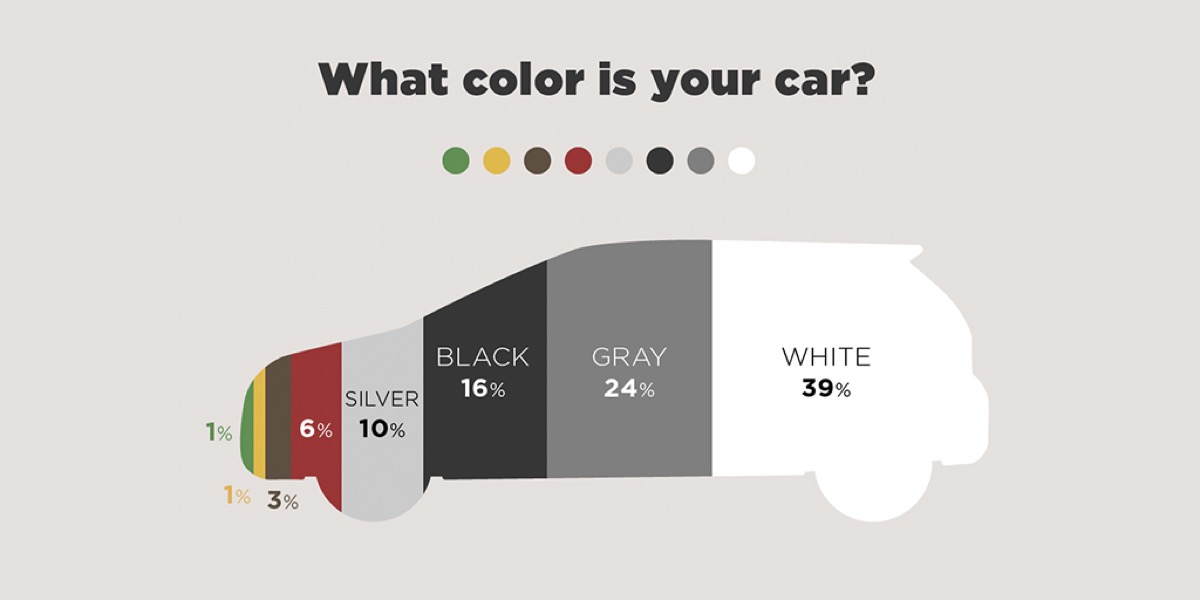 NEITHER BLACK NOR WHITE

Over the past ten years, especially in Europe, gray has become one of the principal options for drivers: up to 24%. Compact and sports cars are the vehicles most frequently painted this tone.

“Europeans have expressed their wish to use gray to compensate for the emotional turmoil in their lives and feel comforted by its presence,”  explains Elke Dirks, a color designer at Axalta for Europe, the Middle East and Africa.

Silver, with 10%, is another of the recurring tones. Although in the report by the consulting firm there seems to be increasing demand for other colors, especially blue. The reason, Dirks says, could be in the wide chromatic range available in this color.

In recent years many drivers have decided to do without a shiny surface on their cars. Matte tones are increasingly popular, although as Autocasion.com points out, this trend isn’t as new as might be thought. For more than a century and a half, most cars had this finish, because paints were incapable of achieving the shine of today’s vehicles.

In the 1970s, matte came back to cars, especially racing cars: the drivers wanted to avoid bothersome reflections on the bodies of their cars that might momentarily blind them.

However, that same article warns drivers who are considering a matte finish for their cars that this kind of paint is more delicate than conventional finishes and requires special care. For example, it’s important to avoid the circulating brushes at car washes, and it’s a good idea to use special products to prevent erosion.

IT’S NO EASY TO PAINT A CAR

With matte or a shine, painting a car is not an easy task. It can take three years to create a color, from the time that the manufacturer carries out a market study to learn about driver preferences of possible clients until that ‘designer’ color is applied to the vehicles.

In addition to the time, a considerable amount of pain is required to create a new color. In the Color&Trim department at SEAT, they estimate that to ‘manufacture’ a new tone takes some 1,000 liters. 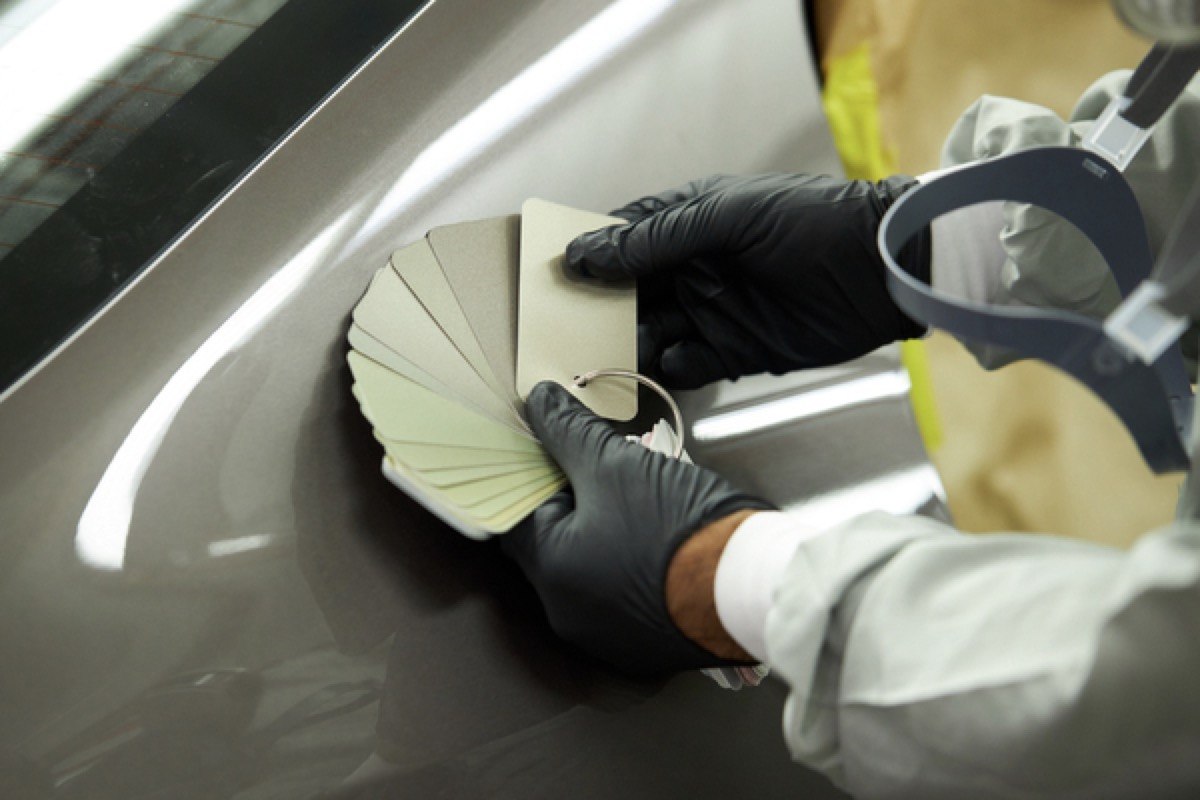 There is a generalized belief that the insurance premiums for a black car are higher than for a car of a lighter color. While no insurance company recognizes applying this criterion in its policies, some of them do believe that bright-colored cars have less chance of being in an accident.

Mapfre cites a study carried out by the University of Auckland (New Zealand) according to which brown, black and green cars are involved in more accidents than the gray, red and yellow ones, because the latter are more easily visible to other drivers.

This insurance firm also accepts data from another report, in this case by the Monash University Accident Research Centre in Melbourne (Australia), which claims that white cars are the safest.

Mapfre also warns drivers that metallic painting could make their insurance policy more expensive. And when choosing a color for their car, they should consider whether they may some day have to sell it. A car that’s too garish might lose value on the market.